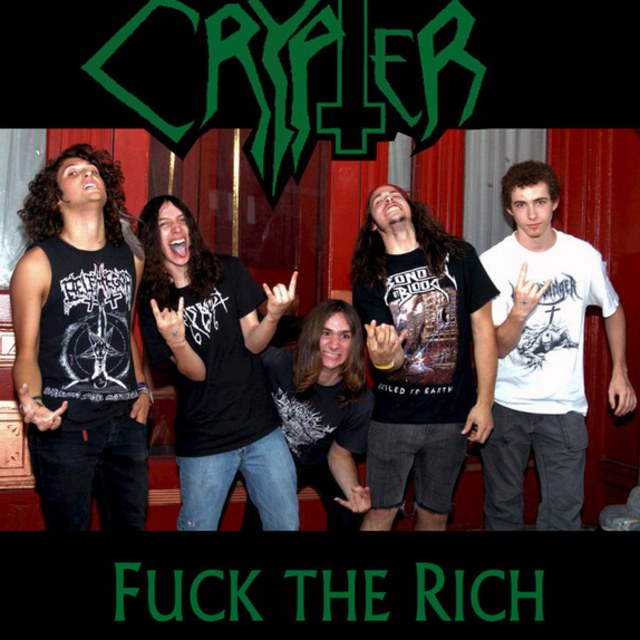 Crypter is an unsigned, five-piece thrash metal band from Hudson, Massachusetts, formed in the spring of 2009. We combine an aggressive Teutonic thrash inspired sound with the Black Metal styled riffs that we love. In December of 2009 our demo Out of the Crypt was released. The demo consists of the songs Revenge, Class War, Bastogne and Sacred Altar. Crypter has a total of 11 songs that we are working on for a first CD. We love playing shows and want to play as many as we can; our dream is to go on tour and hopefully start soon with the help of a label.