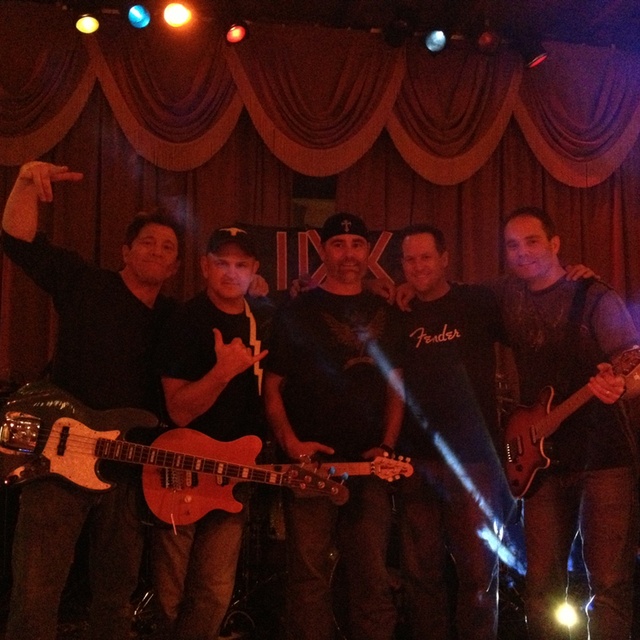 My phenomenal talent is the end result of years of formal education, thousands of professional concerts, a Casio MT-40, and a bottle of Midori. My inventive methodology is difficult to describe to the layman, but basically, I force air through my larynx to create sound and I use my fingers to press on really big strings producing really low notes by hitting the strings at different tempos, intervals, and intensities, generating a variety of noise-like thumps, clicks, and booms. When I'm not singing or playing bass, I like to sit quietly in the corner and try to levitate things with my mind.

Kidding aside, I have been voted one of the top 5 bass players in San Antonio by the Edge Magazine, have won the South Texas Battle of the Bands and have been a member of the number one ranked cover band in San Antonio (IRIS) http://sarocks.blogspot.com/2006/02/edge-magazine-best-of-2005.html

Check out the first audio file of me singing a song I've grown to hate at a recent gig. I also included a is video of the same song. The audio quality on the video is less than desirable, its a cell phone video .....

Check out the last two tunes on the audio player for some songs I wrote and recorded in the garage -- I am on bass guitar and vocal harmony and that's my buddy Roy on the grungy lead vocals.

Heres a partial list of songs I have played at clubs ... I'm sure I know more (some classic rock song weren't listed) ... but this should give you a good idea of the kind of music I like ....