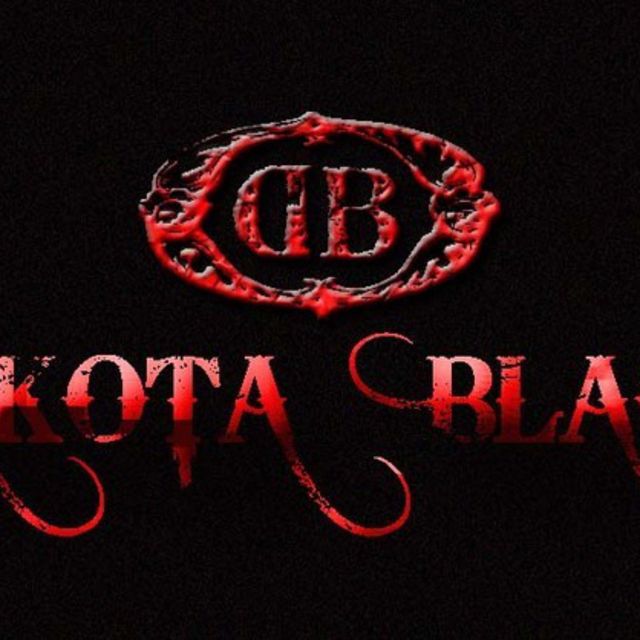 Dakota Black is Hard Rock/ Metal Band from New Smyrna Beach Fl. It consists of Neil Keeran, Steve Mannocchi, Shane Scaramellino, and Steve Baggott. All veterans of the Central Florida music scene, and played in area favorites such as Top Dead Center, Tranquilizer, Coletta and Grumpy*. Each member has years of touring, and studio experience, and has shared the stage with many national acts. Dakota Black is their new project which blends modern metal and southern rock, to bring forth the true Florida sound.

Dakota Black is a band that is built on the values of hard work and dedication that are the true roots of America. With this outlook along with the creativity and experience of it?s members, the result created something that has been lost in music. A true American band with an American sound.

In 2010, Guitarist Steve Mannocchi along with Bassist Shane Scaramellino, set out to put together something the captures the essence of what Florida music is. They wanted to pull together their influences of metal, and southern rock to create what they felt a Florida band should sound like. Both hailing from popular Central Florida bands themselves, they went through an endless stream of musicians they knew to find the right fit for what would become Dakota Black. In late 2010, they found Drummer Steve Baggott, a hard hitting groove oriented drummer that would compliment their catchy rhythms, and bring forth a powerful rhythm section that would become the foundation of their song structure.

After penning a few instrumentals, it was time to set forth the search for a singer. After countless auditions, and inquiries from friends and old band mates to be part of this new outfit, the search ended when Neal Keeran took an interest in then unnamed Southern Metal band.

The chemistry was instant with the four members, and the songwriting took a natural flow. By the end of 2011, they recorded their debut CD which will be released in early 2012.

Even before the release of their CD, the songs were posted on numerous music sites such as Reverbnation, Soundclick, and Purevolume. The tracks received an enormous response that not only catapulted them into the #4 spot on the Daytona Beach Reverbnation Rock Charts, but caught the eye of a dozen different independent labels and promotional companies wanting to be a part of Dakota Black.

With an arsenal of well crafted songs and the collective musicianship of it?s members, Dakota Black is becoming a force to reckon with. Their quest to conquer Florida and everything thereafter has begun.

Neil Keeran, a veteran of the Central Florida circuit as a drummer and in most recent years, a vocalist. Neil has fronted popular Central Florida bands such as 5 Minutes Alone, and Dreams Die which became music scene staples in the Florida metal underground and received regular airplay on 101.1 WJRR. In 2007, Neil Fronted the popular band Tranquillizer and landed a management deal with Ruins of Old Management. This partnership gave them the opportunity to tour and open for national acts such as metal legends W.A.S.P. They became a sought after act and were regularly booked at top Central Florida venues such as the House of Blues and The Hard Rock of Orlando.

Shane Scaramellino has been a sought after bassist for many years in the Central Florida music scene. He has played in countless cover and original bands and played many of the top Central Florida venues regularly with multiple bands. Shane?s solid and tasteful playing had landed him the slot in the popular Central Florida band Colleta. Colleta is known for winning numerous battle of the band shows such as the Real Radio Monster Band of the Year two years in a row, the Budweiser True Music Band of the Year and second runner up in the Sobe/Cabo Battle of the Bands. Colleta has graced the stage with national acts such as Vince Neil, Soil and Candlebox, and has received regular air play on both 101.1 WJRR and 104.1 WTKS with radio appearances, live acoustic sets and song rotation.

Steve Mannocchi?s countless recording sessions and numerous performances across the East and West Coast have made him a seasoned player. His touring experience has given him the opportunity to play top venues such as the Hard Rock of Orlando and a House of Blues tour which included Orlando, Las Vegas, and San Diego. Steve?s playing has been featured on numerous CD compilations and magazines such as Guitar 2001, Recording Magazine, Guitar Nine, and Underground Guitarist. This exposure lead Steve to a spot on the Joe Satriani Tribute CD ?Crushing Days? and the Guitar 2001 Compilation ?Lick This? along side players like Rusty Cooley, Ron Thal (GnR), Rob Balducci, and Mike Chlasciak (Halford). Steve?s played in many popular bands such as Central Florida?s Grumpy* where he played hundreds of shows sometimes along side national acts such as Stuck Mojo, Yngwie Malmsteen, Pat Travers, Guano Apes, Drain STH, Endo, Double Drive, Sevendust, Our Lady Peace, 3 Doors Down, Jimmy?s Chicken Shack, Earth 2 Andy, Full Devil Jacket, Caroline Spine, Naïve, Darwin?s Waiting Room, Skrape, and One Minute Silence. Steve has received airplay on numerous radio stations throughout the country and in Germany with multiple bands and as an instrumentalist.

Steve Baggot is a hard hitting, powerhouse drummer who has years of recording and performing experience with a number of popular cover and original bands. His relentless touring has brought him up and down the east coast performing for countless audiences over the years. Steve joined the popular Pschychbilly band Top Dead Center, which became a Regional draw with their energetic live shows and airplay in Virginia of several of their songs.