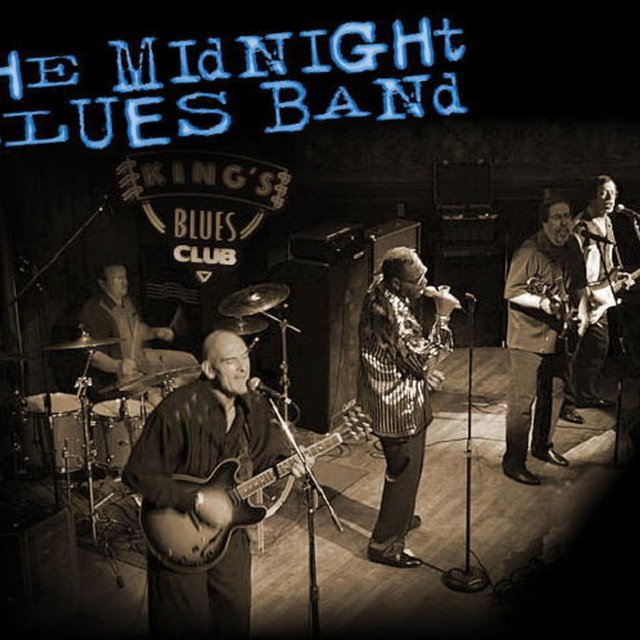 Formed in 1994 of all veteran musicians, Midnight Blues Band has become a staple in Southern California’s Blues scene. By sharing stages with such names as B.B. King, Guitar Shorty, Tommy Castro, Coco Montoya, Walter Trout, Eric Sardinas, Robben Ford, Rod Piazza, Rick Derringer, and Roy Rogers (to name a few), the band is well versed on what it takes to please a crowd. Midnight Blues Band has also been named “The Official Band of the Irvine Lake Blues Festival”- performing there 7 years of it’s 10 year history. Comprised of 7 talented and experienced musicians, the band exhibits levels of professionalism and musicianship that makes it easy to become a dedicated fan. It’s plain to see right away that these guys really like each other- and love the music they make together. Not surprisingly, their loyal fan base continues to grow as a result. Putting it all together with one thing in mind, “To Play The Blues For You”