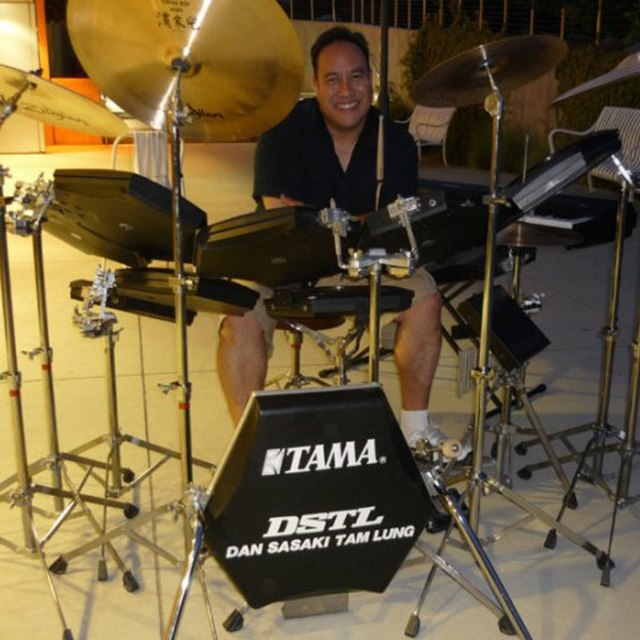 I'm primarily a drummer who also plays the keyboards and rhythm guitar from time to time. The 2 old demo songs I've included on this site are of me playing all of the parts and instruments.

I'm currently collaborating with a guitar player who also happens to be an old high school buddy. We're in the process of getting a band together and looking for the following musicians:
1.) Bass Player (Funky Metal Groove).
2.) Keyboard Player (Including synth of strings and winds).
3.) Singer(s) (Alto range plus/minus an octave).
4.) ... or a combination of the above.

The plan is to form a band, have fun playing and performing covers of songs we all have similar interests in, and possibly write music together with those shared musical interests.

I have a wide range of musical influences and interests from ABBA to ZZ Top. The bands I've been most influenced by are Rush, King Crimson, Yes, Pink Floyd, Van Halen, Foreigner, The Cars, Oingo Boingo, Level 42, Jamiroquai and the Beatles. I'm also strongly influenced by the songs from the late 70's, all of the 80's, and early 90's. Here's a link to my Y0U TUBE playlist of the songs I'd like to cover:

(Go to the Y0U TUBE website then add the following...) /playlist?list=PL-087XQ-2mYJ8zY9NdJ5KzF_dSRrVdv4h