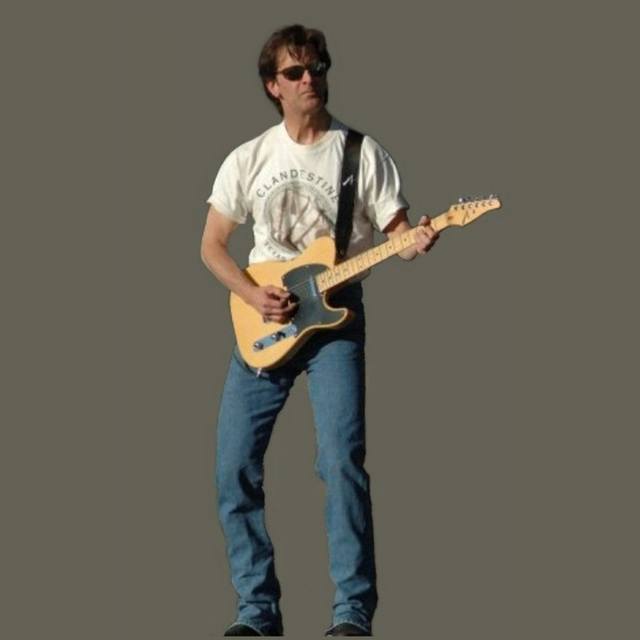 I was born in 1952 and have been playing since I was about 8 years old.

I started playing in a cover band at 11 years old doing songs by British Invasion bands like the Beatles, Stones, Kinks, DC5, et al, and American bands of the time like Paul Revere and the Raiders, etc. But I quickly moved on to heavier and more serious music as I moved into high school: Cream, Hendrix, Zep, James Gang, etc. During my high school years I lived overseas and played in some of the top bands in Taipei, Taiwan (Tribal Gathering) and Bogotá, Colombia (Hope).

In college in the 1970s I did my time in various funk and dance bands, and also did a fair amount of classical guitar and jazz, mostly big band. I also did a LOT of acoustic and lighter country-rock music like Neil Young, CSNY, Eagles, etc.

I got a Bachelor's degree in music composition, then went on to grad school and did MA and PhD in ethnomusicology, so I also play some non-western music. While in grad school I played a bunch of 80s punk, new wave, rock, pop, and such. From the 70s through the 90s I did a lot of recording projects for various artists (mostly unknown, low-profile folks) and "house band" cabaret and Broadway show tune gigs.

During the early 2000s I spent a lot of time in Utah and the western states and joined various bands that did mostly country and some heavier country-inflected rock (or rock-inflected country), as well as straight ahead rock.

I was the main guitarist for two highly respected local singers: Ron Brown and Loreen Allphin. With Ron, I played mostly his originals, and I helped him shape and arrange (and in some cases co-wrote) his songs. We recorded two CDs together (I also co-produced) before I returned to NYC. Loreen's was a partly original, partly cover band, so I was heavily exposed to the women's country repertoire.

In the past couple of years I've played with two bands out of Virginia. One is Non-Fiction, a Black Crowes tribute band that recently folded. The other is Chain Bridge Road, a trio (keys, guitar, and vocals using backing tracks).

I've also recently put together a band called Soho Rifles that emphasizes punk, Mod-revival, and New Wave of the 70s and 80s. We need a good singer and keyboard player.

[Please see my photos as well as audio and video clips.]