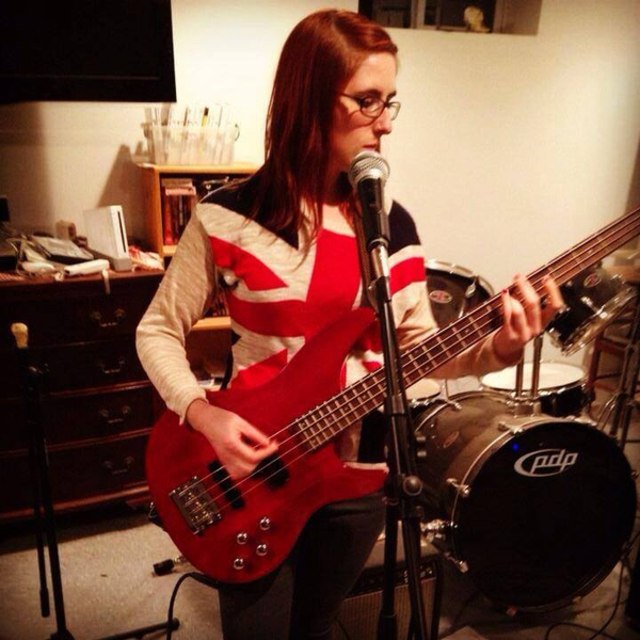 I'm Dani. I'm a student at the University of Massachusetts in Boston, and although I am a history major, music is my passion, what I exist for. I am looking for anyone who feel the same about music and wants to get together to create music and perform it live for a living.
I primarily sing and am a songwriter, but I can offer bass guitar and acoustic guitar abilities. However, I prefer to just be a front woman. I like to have fun on stage without being tied to an instrument, but if needed, I can play.
I have a friend who plays guitar, as well, but the more the merrier.
I'm actually looking for more people to possibly light the fire beneath her, as sometimes, it's a challenge getting her to focus, though she shares the same passion as I do.
We are in desperate need of a quality drummer, and possibly a bassist, as I said, I'm more mainly a singer-songwriter than a bassist.

Very serious about perusing music as a career. My goal is to be a working touring band, at whatever level of fame that may be. I just want to travel and play music.
Male or female, doesn't matter to me, as long as you dig music and want to create some cool sounds. Preferably between the ages of 18-26, but I mean, it's almost merely a suggestion. Looking to form a rock band influenced by all the greats of classic rock and some equally great modern rock, and playing anywhere from psychedelic to hard rock, but we'll just have to see with what we come up with, it's all about chemistry.

I have recordings, but in every browser, it will not let me upload them.
So instead, I have my poor quality be videos available for viewing.
I also have uploaded a couple of me an my friend's music, under the name Lightning Masquerade.

I've got a couple microphones, Laguna LB-200 bass, classical little-name brand guitar I obtained for free, a Yamaha guitar passed down to me by my mother, an Acoustic brand bass amp (very clear sound), and a small looper of some kind that was given to me by a coworker recently. I also have a C-Major harmonica and a tambourine.
My friend's got a couple Marshall amps, a cheap drum kit, Gibson Les Paul, and miniature Fender Strat (she's a pretty small person).