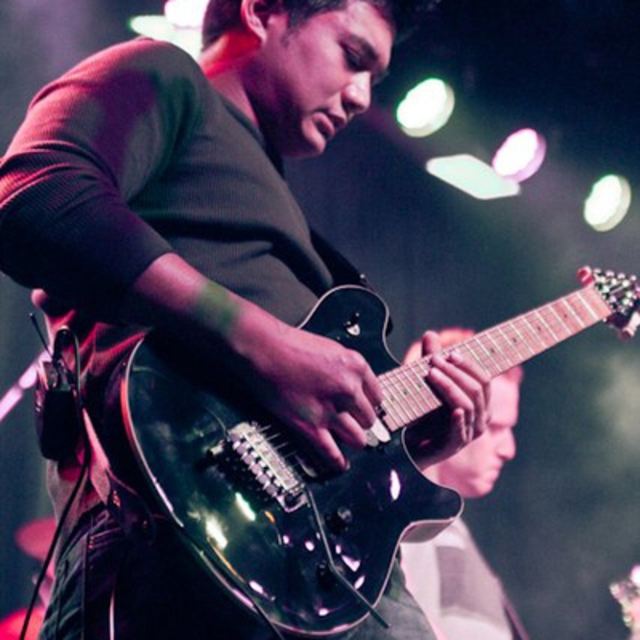 Dan is heavily influenced by Eddie Van Halen and has played musical goodness from Van Helen to Chuck Berry to Tom Morello and many many genres in between. Dan can be found on the right side of the stage either making musical goodness with his fingers on his guitars, talking through the talkbox, singing backup vocals, and sometime all of the above.

Dan is currently playing an array of Van Halen guitars through a FJA Modified 5150 Wet/Dry/Wet Stereo Rig with various goodies.

If not found rocking with The Antidote or Alt Theory, Dan can be found winning races, setting track records around the country, and or racing Pro AMA Superbikes.