darcidrums + Musician in Carmel, IN 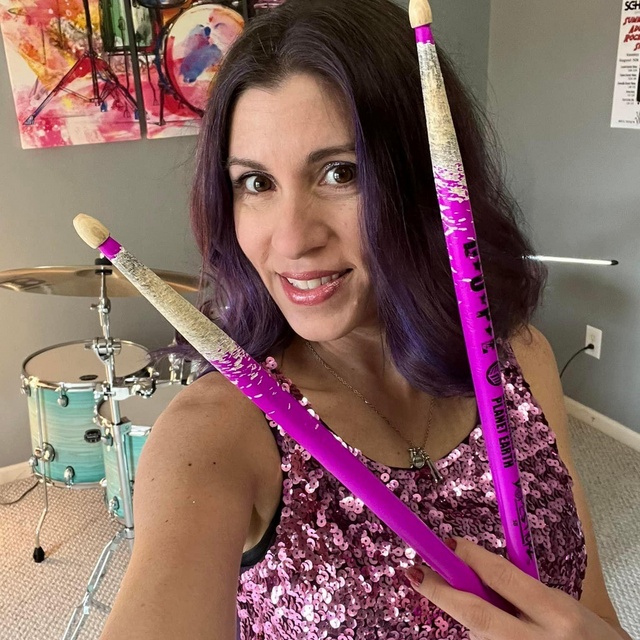 I started drumming in March 2021. A late start at the age of 41, but I was instantly obsessed and made drumming a priority. I practice 10-12 hours per week. I used to be a competitive figure skater. I really think that all the choreography back then has contributed to my sense of rhythm & ability to pick up on the drums so quickly. After several years of skating, it became more of a job than a hobby, and I lost my love for the sport. I never want that to happen with drumming! I take my drumming seriously, but first & foremost I do it because I love it. I would be interested in joining a band of like-minded people. Doing some more gigs around town would be amazing, but I don’t want to join a group so intense that it becomes more like a stressful job than the most fun thing in the world.

Classic Rock, 80s Female Pop/Rock, 90s & 2000s Alternative. My favorite band is Guster, but most of my drumming experience is with well-known, mainstream covers. (Though I did snag a drum lesson from Guster’s drummer, Brian Rosenworcel!)