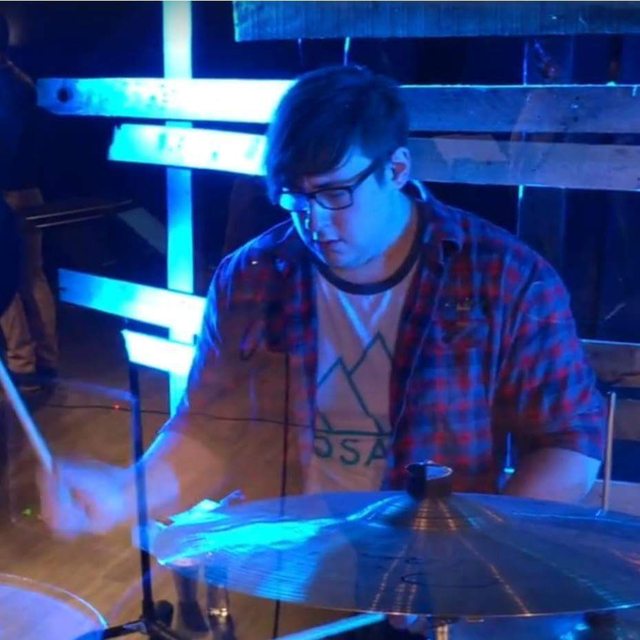 Musician of 17 years, I've been slapping pans since I was just a wee lad. Once I had ambitions to join a metal band and make warped tour my home, now I'm content playing at my church every Wednesday with the youth and Sundays for the big crowd.

I've been performing percussion since 2005 starting in school band, and performing kit since 2010. Largest crowd I've played for is approximately 2500 people at our Christmas service, and I'm no stranger to live performances large or small.