Daughter of the Sun + Band in Los Angeles, CA 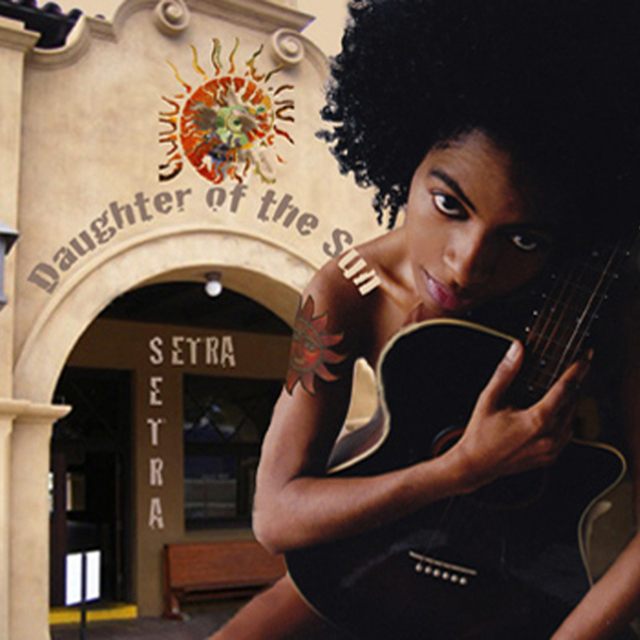 Upon first listen, one might be tempted to compare Setra to Sade or India Arie because of her sultry vocals and folksy guitar strums or to Alanis Morisette or Joni Mitchell for her catchy melodies and clever, magical story telling skills. But then, as one continues to listen, it becomes crystal clear why Girlistic Magazine called Setra's first CD "must have music." Now, on the brink of the independent release of her self-titled follow-up CD, Daughter of the Sun, it becomes even more evident that, like a delightful fruit that ripes with time, this "daughter of the sun" has proven that her music has universal appeal that can stand the test of time. Debbie Micell put it best when she said, in her article in Reversed Ink Magazine, "I guarantee you'll be singing along and wondering why you don't hear [more of] Setra's music on the radio."

Before putting together her first collection of songs, Setra worked with Tony Wilson (tech for The Rolling Stones on their Bigger Bang world tour) to build her own home recording facility. She then wrote and produced a collection of songs about life, aptly entitled "Songs About It." Taking her music on the road, Setra traveled through Europe and India, regaling all with her melodic melodies and upbeat lyrics, before returning to the United States and recording her new collection of songs and getting her getting her sun tattoo on the hit show, LA Ink while discussing her commitment to music and what inspires her.

One listen to Setra's moving lyrical style and sultry vocals and it's clear why she's been sought after by Sony for both her songwriting skills as well as her artistry.

Right now, there's only Setra, playing guitar and singing her quirky, soulful songs.
That's where you come in!

Yes, it's a week night, but it's an early enough show so that you'll still be able to get into bed in time to get a good night's sleep -- hopefully with my songs still dancing in your head! Perhaps there will even be a song or two that will touch you in that special place that you only reveal when you're at home alone and you think no one is watching. In any case, I do hope that you'll come out to hear me live and in technicolor Wednesday night.

I promise it will be a great show. I hope to see you there!