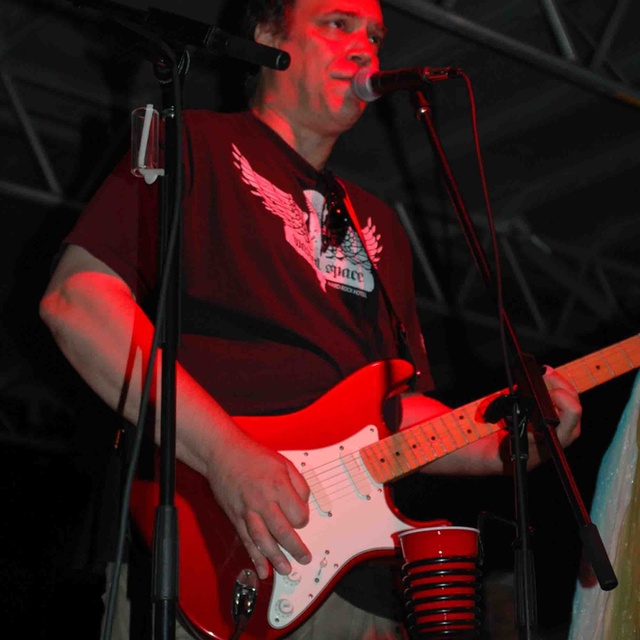 Guitar is my main instrument, and I've been playing both acoustic and electric for decades. Have also been known to switch to bass from time to time.

As much as I love playing music, I've also been lucky enough to make a living in the music industry, and have been working as an Engineer/Producer as well as a Remixer/Programmer in NYC for many years. I've worked in many of the top studios, both locally and around the world, on projects ranging from Dance, to Rock, Pop, and Hip-Hop/R&B.

All that is only by way of an introduction (and credibility), since I'm not here looking for engineering gigs, but to find some like-minded people to play music with!

I'm not a professional singer by any means, but I can carry a song and always try to sing it like I mean it.

As an acoustic guitarist, I have leaned toward finger-picking bluesy stuff (think Jorma Kaukonen and his ilk). Still, I am open minded about material and have done acoustic duos performing Beatles to ZZ Top. (OK maybe not ZZ Top acoustic...)

As an electric player, I still like the 'cover band' thing and have been doing it forever as both a lead and rhythm player. Mostly Classic Rock in this area - think Pink Floyd to Stones to Dead to Clapton and many others...

But I also am looking for an original situation where we can write songs, create new music, and hopefully add to the artistic content of the planet;)

Mainly Strats these days, but I still have my trusty '73 Les Paul! Been messing with a Jazzmaster and a Tele lately as well. Amps at the moment are a Marshall Silver Jubilee reissue and a Fender '65 Deluxe Reverb reissue. Plus a ton of cool pedals:)