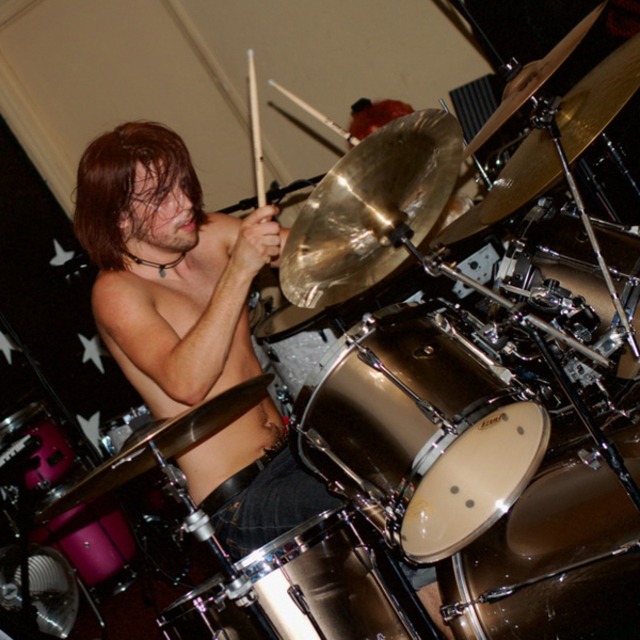 What I'm looking for: cool new people to write music and rock the eff out with or an already established band needing a drummer. I could spend a bunch of time describing the intricacies of my genre of music but I'll save you the time by just pointing to my influences.

I grew up in North Carolina so I'm used to a lot of post-hardcore and metalcore. I played drums in a band called Romeo Is Bleeding for a few years, we played with August Burns Red, Alesana, and Emmure to name a few so I'm plenty used to the stage.

://./jumpingthesharkband/music
(they changed the name after I left but all the recordings are me)

Those tracks are about five years old now so suffice to say my style has changed a lot. I do a lot more double bass and breakdowns now. Ideally the type of music I want to play needs to be brutally beautiful and dynamic, music that can go from the headbanginest breakdown ever to catchy choruses seamlessly. Drums is and always will be my first love but I've gotten to the point on guitar where it rivals my drum skills so I would really be down to play either if the genre is right.

I'm super easy to get along with and love writing music with other people as opposed to alone because the product is always better in my opinion. If this sounds like something you're into then hit me up and let's shred some gnar.

Haste the Day, As I Lay Dying, August Burns Red, Motionless in White, Asking Alexandria, As Blood Runs Black, Between the Buried and Me, Bullet for My Valentine, A Day to Remember, Deftones, The Devil Wears Prada, Escape the Fate, Everytime I Die, I Am Ghost, Nothingface, Parkway Drive, Slipknot, A Static Lullaby