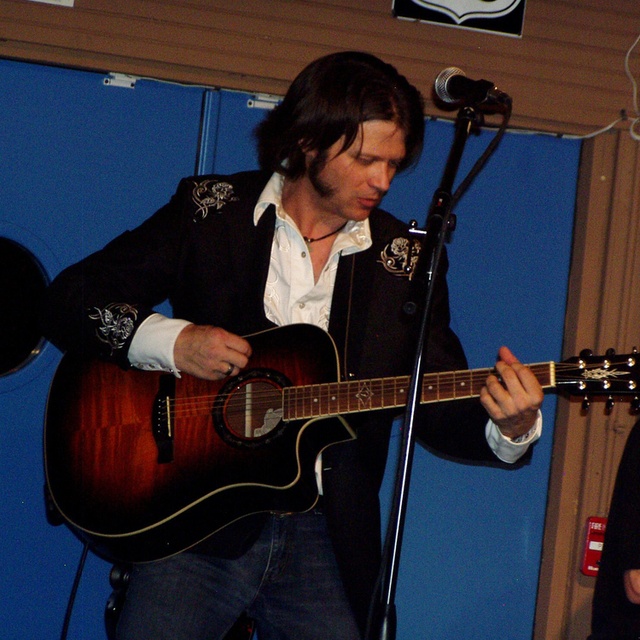 I'm into an aggressive but tasty, authentic country sound. I hate "modern country", in fact - it's an oxymoron - they haven't made real country for decades in Nashville. I have assembled an ass-kickin' insurgent country band" ..."Butch Cavendish"!

I have my Fender, thinline telecaster and a Gibson J-200, acoustic/electric guitar. When plugged-in, I play through a USA Fender, Hot Rod Deluxe...

I also own a complete PA.