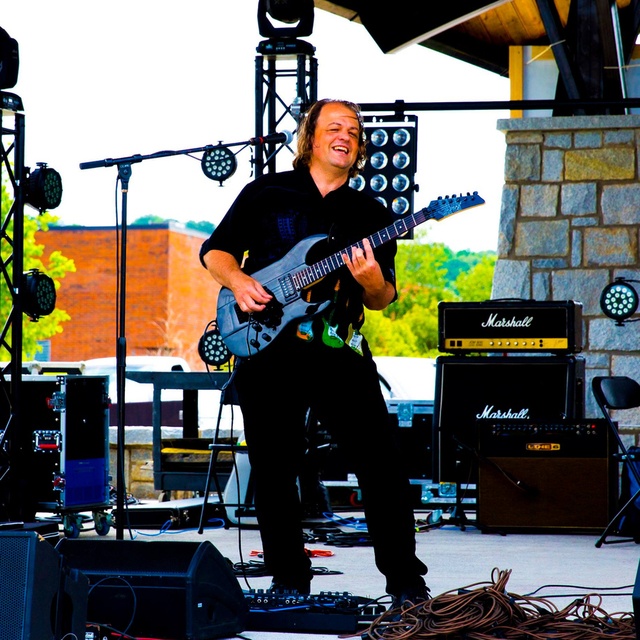 Gifted lead guitarist, incredible performer and writer looking for...
1) a professional, good paying band (already established with gigs booked).
and/or
2) an incredibly gifted vocalist that wants to work with me writing original music (that's hungry and will work on it diligently to get it done/won't keep putting it off). I have a lot of songs already but want to finish those and write new original music but I need (and insist) on an incredibly gifted singer to sing and work with.

I live in the Atlanta area. I have a cool Pro Tools home studio we can write and record demos with, I have a wealth of talent and experience, pro gear, a cool look, great stage presence, I sing well, can play anything/any style on guitar, no baggage, I don't do drugs and only drink occasionally. I am a serious musician that is happy and gets along with everyone. Call me - Phone 954-857-6869

Screen name:
David Codner
Member since:
May 16 2005
Active over 1 month ago
Level of commitment:
Very Committed
Years playing music:
25
Gigs played:
Over 100
Tend to practice:
More than 3 times per week
Available to gig:
6-7 nights a week

Line 6 Dream Rig. Tube amp DT50 2x12 designed by Randall Bogner, HD 500X Pedal Board/Work Station, and Variax with the Floyd Rose. Amp will power a 4x12 cabinet for larger shows, but I mic it and let the PA/soundman do his magic with the mix and it keeps the stage volume low. The set-up is so versatile and the tones are incredible. It is an amazing guitar rig. I also have a small PA system, and a cool little digital Pro Tools studio as well as several excellent original ideas. I'm looking for a working band to collaborate/write new songs with while gigging and making money. I would be willing to join an established touring band based out of anywhere in the U.S.if the money is right, or ideally a working cover band based out of the Atlanta area that wants to record some originals.