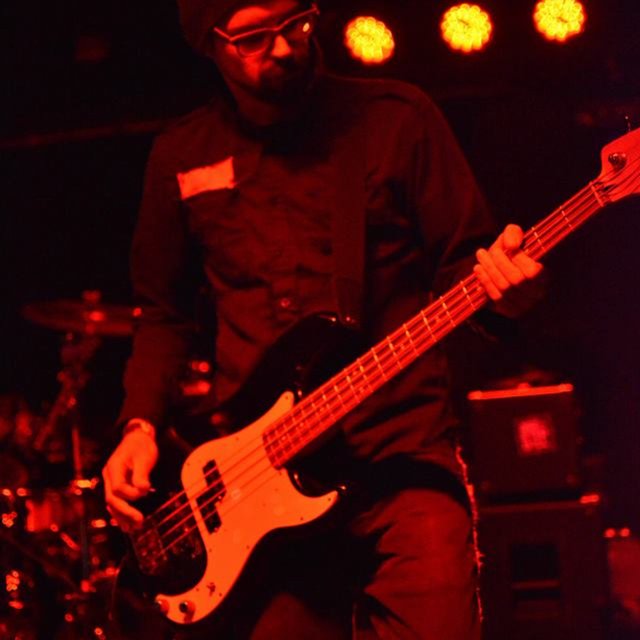 basically alternative rock.. i'm sure you could say Indie, Punk, Synth, Pop, Electronic, Folk.. I'm into the most alternative indie bands ... and everything that has influenced rock.
Radiohead is a big influence.. anything from the 90s or 80s that is basically indie.. and then from the 00s or 10s probably the artist the still relate to apathy of alternative music.. like Frightened Rabbit .. although i guess you could say that's a band from the 90s or that came out of the 90s.. but that's more applicable to the type of music i want to make than a direct influence.
i've been in bands that have done shows.. last was about 15 shows a year at minimum and did some larger gigs playing places like Rams Head.
I've just played Bass in the main bands i've been in.. but i have both Bass and Guitar gear and have played guitar longer than bass, and feel i'm very good at creating song ideas and think i'm more of a rhythm guitarist than lead.

i've basically listed some of these in the descriptions section.