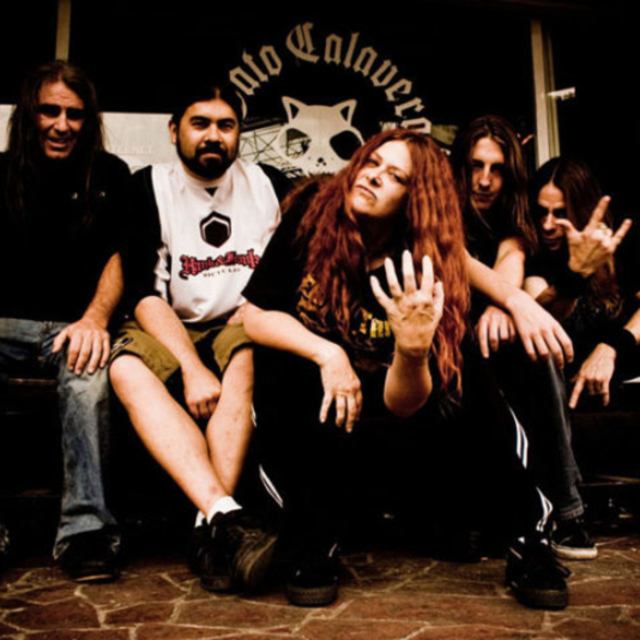 Sentinel Beast was formed in Sacramento, Ca in 1984 by Debbie Gunn (vocals), Michael Spencer (bass), and Scott Awes (drums). During this time, the axes were played by Greg Williams and Jerry Fraiser, later to be replaced by Barry Fischel and Mark Koyasako. Discovered by Kerry King of Slayer and Kenny Powell of Omen, the band recorded and released the influential Depths of Death album, on Metal Blade Records, in 1986. Beast opened up for the likes of Slayer, Exodus, Megadeth, Mercyful Fate, King Diamond, Motorhead and others.
The band broke up when Michael Spencer joined Flotsam and Jetsam, replacing Jason Newstead upon his departure to Metallica. Debbie Gunn departed for Chicago shortly after to front Znowhite, then relocated to Europe to join the all female thrash pioneers, Ice Age.
Sentinel Beast returned to the metal scene in 2007 with original vocalist, Debbie Gunn. In 2008 the band toured Europe for the first time, opening shows for Omen. After a couple of line-up changes, the Beast is finally complete with Dana Lindstrom (A.K.A. Danka Hellstrom) and Ken Korpi on guitars, Steve Oliver on bass and Mark Varian on drums.

Influences include Iron Maiden, Slayer, and others.