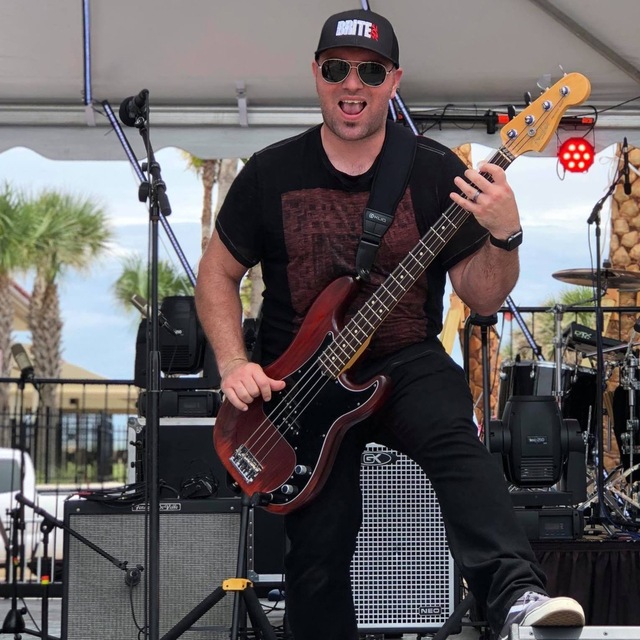 Update: I am now the proud drummer of The Unofficials

I want to be jamming once a week or at least every couple weeks, then gig twice a month or so.

I have started playing music when I was 9 and started gigs when I was 14 with my dad, in an oldies band (Beatles, Beach Boys, top billboard songs of the 50's, 60's and some 70's rock songs) as a guitarist/vocalist. Probably played around 100 shows together over the next few years... then our drummer had to stop so I have played drums (backvocals, even lead vocal for a few songs) for another 50 shows or so with them, then I moved away and couldn't continue that adventure.

I have also subbed in different bands as a bass player and percussions (cajon).

All in all I have played in over than 400 shows and I love it still!

Last couple years I have been playing bass with a local band in Jacksonville/St.Augustine, but we played lots of weddings in Georgia as well as a few corporate gigs down in Gainesville, Ocala and a few more places all around!