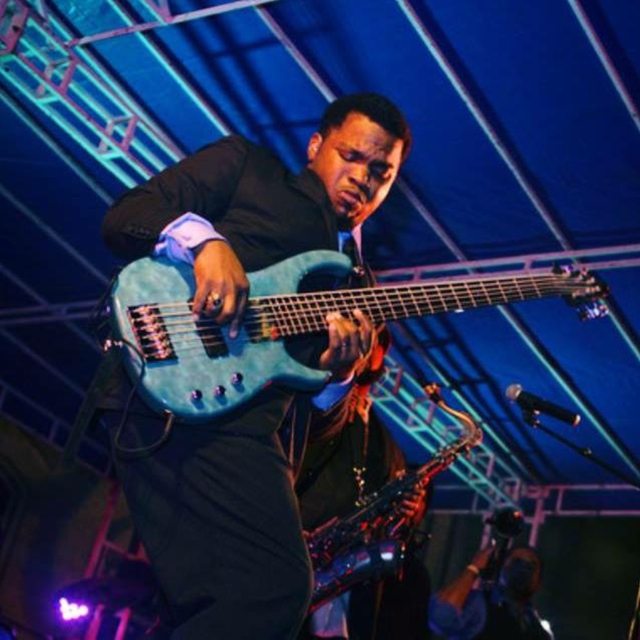 De’Marcus Walker is a summa cum laude graduate of the University of North Texas. He received his Baccalaureate in Music Education on December 17, 2011. De’Marcus is a member of the Golden Key International Honor Society, National Society of Collegiate Scholars, Alpha Chi National Honor Society, Phi Kappa Phi Honor Society, Phi Kappa Lambda National Music Honor Society, and has received four certificates of recognition for being on the UNT President’s List. He has served as a brass representative for the Dean’s Student Advisory Council and as the Tuba Section Leader for the Green Brigade Marching Band. De’Marcus received the Outstanding Undergraduate Student in Brass Award and performed tuba in the UNT Symphonic Band and Seven O’clock Tuba and Euphonium Ensemble.

De’Marcus has performed the tuba and bass guitar with extraordinary individuals. On tuba, he toured South Dakota and Wisconsin with the Dallas Brass, a twenty-six-year-old professional brass quintet, and performed in the All-Star Collegiate Jazz Ensemble of the 2010 International Tuba and Euphonium Conference, held in Tucson, Arizona. He also performed tuba in the 2007 and 2008 Texas 5A All-State Symphonic Bands. On the bass guitar, he has performed with Twinkie Clark (from the legendary Clark Sisters), Dorinda Clark Cole (also from the legendary Clark Sisters), David and Tamela Mann (as known as “Mr. Brown” and “Cora” from the Tyler Perry films), Kierra Sheard, and George Huff. De'Marcus currently performs with Professor D, one of America's greatest party bands.