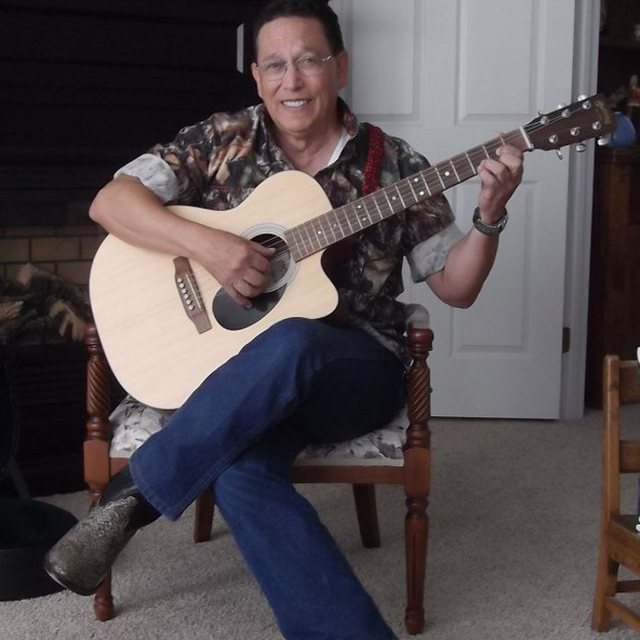 Guitar Rhythm/Lead, Vocals Lead/Backup. Classic Rock, Cover/Tribute, Blues, R&B, Funk, Southern Rock, Country, and Original. Not much I can't play but some stuff I choose not to. Been doin' this for a long time and looking to hook up with a fun loving bunch. Good attitude, and know my instrumnents and equipment and most of all, my capabilities. If it ain't fun, not interested. Retired so my time is mine. Have fun but always professional. Practice my butt off at home and ready for rehearsal on band nights.
No vices, easy going, have reliable transportation, no baggage or life's problems like; job, nagging wife, manic. email me at, djonkeys at hot mail dot com. The old addage "been there, done that" X10. It doesn't hurt to drop a line and find out if there's potential.
Commitment depends on goals, potential, and others' commitment to music and band. As far as rehearsals go, 1 time per week. I come prepared to "play" the song and not learn it the night of. Prefer to play with others that can do the same.
Not a Jammer. I like it tight and I'll work my butt off to make it that way.
Great with harmonies. Trying to slow it down a bit and not interested in playing all nighters or touring anymore. More music & video at ./denniscallanta
I have listed that I'm not looking to get into a band mainly because I am hiatus to fish and hunt all I can but, if the right opportunity comes up (and it's gettin cold), I'll get back into it. The only thing is, I'm not looking to front a band. I wouldn't mind being a guitarist and doing some lead singing and backups.

Genres: Variety of Blues Rock, Blues, Texas Blues/Country, Classic Rock, Rock n Roll, Funk, RnB. Originals and Covers. Some of the songs on this site are off an album that I mostly wrote. Influences: ZZ Top, Tommy Castro, Tab Benoit, Gary Moore, Clapton, Allman Brothers, Eagles, Doobie's, all the old Country greats, very influenced by 70's Rock and Blues and Blues/Rock, Rock & Roll. I'm used to playing songs to the interpretation of the band. Some of the original stuff is on this site but there's a whole lot more of cover tunes done in the vein of interpretation. Some songs though are best played as close to original as possible or left alone.
Not into fakin' it...Tight is Right.
Short list of classics: Peaceful Easy Feelin', Blue Bayou, Stand By Me, China Grove, On The Bayou, Stormy Monday (Allman's version), La Grange, Wild Night Out, Just Got Paid and of course a host of originals. Know lots of 60's and 70's type stuff and newer Blues Genre stuff. What I don't know, I can likely learn pretty quickly. ZZ is about as electric (hard) as I get. I can appreciate the layered guitar sound and enjoy playing it.