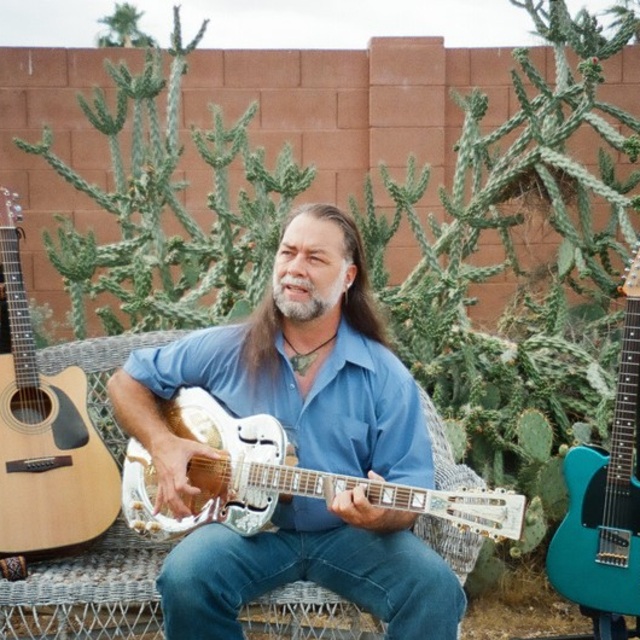 Dennis House Ph : (602) 788-6362
e-mail : housedencox Web : .housedennis
Born in Arkansas and raised in southern Indiana, this Razorback\ Hoosier grew up in the heart of Bluegrass music with the annual “Bill Monroe – Beanblossom Festival” nearby.
Dennis sang with a gospel trio at an early age which inspired him to start guitar lessons when he was twelve. Lessons were too structured for Dennis so he self taught and used chord-books to prepare him to jam with classmates in high school.
Early influences include Elvis, Crosby- Stills- Nash & Young, James Taylor, Leo Kottke, Neil Diamond, The Rolling Stones, The Byrds and The Beatles.
After playing and composing for decades, Dennis has produced a number of eclectic pieces which are sprinkled among the “standards” he performs.
Dennis has performed solo and with local groups in Indiana and San Diego for many years. He prefers obscure material not often played acoustically such as From the Beginning by ELP.
Dennis has developed a folk-rock style utilizing standard six-string and steel(resonator) guitars that is interesting and enjoyable.
Dennis has also performed in Community Theatre in San Diego and provided musical direction for the theatre group.
Most recently, Dennis performed as “Ciaphas” in the Central Community Theatre production
of “Jesus Christ Superstar”. (May, 2010 – Phoenix,AZ)
I'm a folk/rock entertainer,
looking for gigs in and around the Phoenix metro area

I'll be perfoming with a variety dance band, emerging from the woodshed.
Wallace & Ladmo Stage, behind the racetrack.
Hope to see you there!
dennis