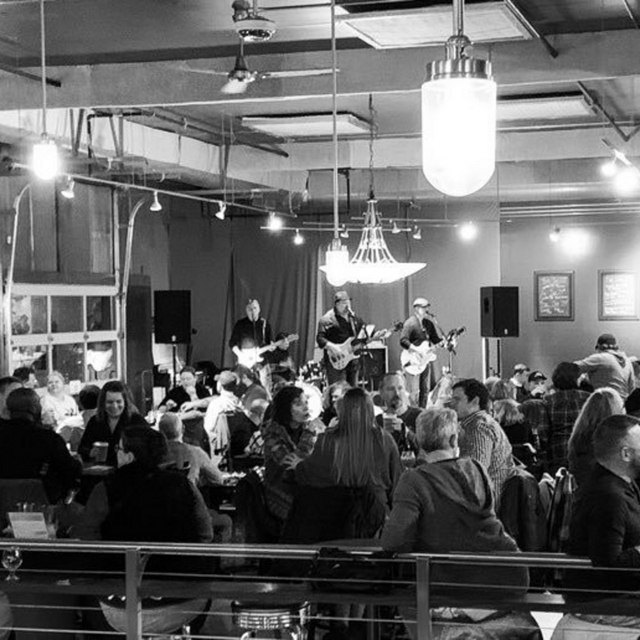 Our drummer is following the love of his life to Florida so we are in need of a new family member.

We are rock n roll you can dance to.

From town festivals and bars to wineries and breweries we bring an interactive approach to music that keeps crowds dancing and singing along. Eden Road plays songs from the 60’s through the 90’s with a few from the 2000’s thrown in for fun.

Come for the music…stay for the fun!

From Bowie to Uncle Kracker… it’s songs you know but not every band plays.

Mark Juenemann has deep roots in the Minnesota music scene. While he has worked behind the board in the studio and been stage manager to large festivals his passion has always been live performance. Mark is far more than a bass player he is a true entertainer.

Steve Paoli is an absolute pro, and has played some of the biggest stages in the country including a presidential inauguration. He sings, tells jokes but most importantly he can flat out play drums.

Chris Perry brings years of experience and some killer licks to this project. From chicken pluckin to classic blues licks he has a great style. Combined this with a versatile voice and you have the perfect band member.

Mark Allen has had a rich music career. He is an accomplished singer, song writer and one of the best harmonica players in the Midwest. Add to that, he plays guitar and is an accomplished percussionist, he brings so much to the lineup.

Dennis Johnson played in his first working band at 16. Additionally he has owned a recording studio and engineered several albums working both with local bands as well as groups from as far away as England and Bangladesh. He took several years off to raise a family and has come back to the stage with a deep desire to pick up where he left off.