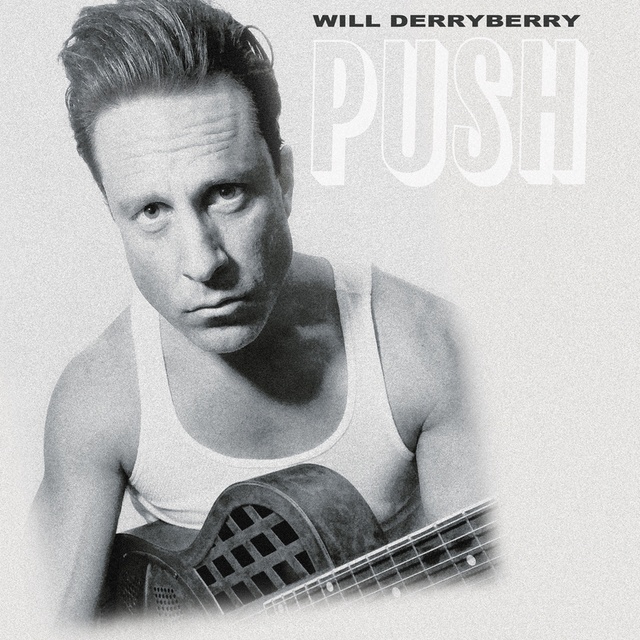 "When I was 5 years old, I heard BB King's The Thrill is Gone, something happened to me. It's oxymoronic, but as BB sang that song, I got extremely excited…. I contracted the music bug right then and there!" The roots of American folk, blues, country, and rock are evident in Will’s approach to creating music. With a knack for writing non-assuming engaging songs, Will reaches his listeners in a very honest, down-to-earth, one-on-one kind of way. “If I can’t be real, and genuine with my songs, then I might as well do something else.” In a music culture where creating controversy to get attention is becoming the norm, there are still artists out there who write, and perform songs simply because it’s what they love to do.

PRESS
“…Derryberry’s lively interpretations and entertaining arrangements, positioning the performer towards the top of today’s talent crop. Such a solid stance, along with the diversity and experimentation of the collection you’re currently holding, is also likely to propel this top-notch tunesmith long into the future.”
-AndyArgyrakis “Freelance writer for Rolling Stone Magazine”

"Just so you know, we love your catalog and we are just waiting for the opportunity to try to push you further as we strongly believe you have the potential to do so much more."
TerriLynn Massey "A&R Manager - Rescue Records
Director of Operations - 5 Alarm Music"

“We predict Will may soon be too big for us, so make sure you take a listen on the show while you can!” -
Jill No Jack “TransAtlantic Radio Show”

Will Derryberry along with rotating members