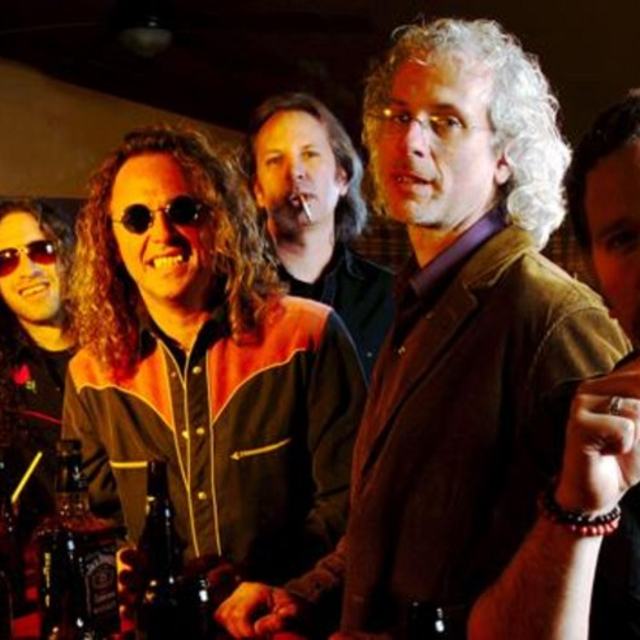 Silvermine, CT's Chris Berardo & The DesBerardos have toured much of the country, playing shows with The Marshal Tucker Band, NRBQ, David Allen Coe, The South Austin Jug Band, Dickey Betts (The Allman Brothers), Little Feat, Molly Hatchet, Badfinger, The Pousette-Dart Band, Jon Dee Graham, The Silos, Reckless Kelly, Blue Rodeo and many others, as well as countless gigs as headliners everywhere from top-notch listening rooms to beer-soaked bar rooms. A quick list includes legendary clubs like B.B. King's in NYC, The Saxon Pub in Austin, TX, The House of Blues in Myrtle Beach, SC, The Winchester Music Hall in Cleveland, OH, The Palace Theater in Greensburg, PA, Poor David's Pub in Dallas, TX,The Jewish Mother in Va. Beach, VA, The Rodeo Bar in NYC, Sloppy Joe's in Key West, FL, , The Webster Theater in Hartford, CT, The Pour House Music Hall in Raleigh, NC, The Turning Point in Piermont, NY, Poe's Pub in Richmond, VA, The Acoustic Cafe in Bridgeport, CT, The Sutler in Nashville, TN, The Capitoil Theater in Port Chester, NY,The Fairfield Theater in Fairfield, CT, Douglas Corner Cafe in Nashville, TN, Jovita's in Austin, TX, The Bitter End in NYC and many more. Their 2003 CD, PURE FAITH (Lamon Records) burned up College, AAA and Americana radio, receiving steady rotation play at over 60 American stations (as well as many in Europe), reaching Number 1 in several markets, and appearing at Number 22 on the Freeform American Roots Chart for January 2004. Their new album on Lamon Records, "Ignoring All The Warning Signs" picks up where Pure Faith left off and even more clearly defines the roots rock/pop/soulful sound that critics have compared to Mellencamp, The Eagles, Springsteen and Jackson Browne. It went to 49 on the Americana Chart, and 15 on The Roots Music Report, while being played in rotation at over 70 stations in the U.S. It also spent two months in the Top Ten at XM Radioâ€™s X Country chart, peaking at 4 for two weeks, and ending up at 34 for the entire year of 2007. Both records have appeared on the Grammy , for Best Rock Album and Best Contemporary Folk / Americana Album, respectively. Cut over five days at dLab Studios in Charlotte, North Carolina, the 10 new Chris Berardo-penned originals (along with a version of one of the band's live staples, the Wilco chestnut "Passenger Side") on "Ignoring All The Warning Signs" are a representation of CB & The DB's fiery live performances, renowned among their fans for beautiful acoustic moments alongside the wild rockers and whiskey-laced jams, all held together by the jangly guitars, chiming mandolin and Chris' melodic, soulful vocals. While the songs on Pure Faith tended towards adventures from the road, the view from inside the van, and the fight to keep the musical flag flying, the collection on Ignoring All The Warning Signs seems more internal, with hopeful songs of love (the so very catchy opener, "The One"), embracing the moment (the country-stomper "So Good, So Far," the rocker "Everybody Swings Around Here"), the dark, bluesy lament of "Barstool," or a new view on 9/11, with a frightened plea of the helpless (the gentle, acoustic "September Prayer" that closes the CD). "We like to shake the songs all around," says Chris Berardo. "It's not by design, really, just what happens when we play. We like to take as many left turns down as many dark alleys as we want - as long as it all starts from a place of a cool song." "You know," he continues, "I don't think I could be happy without both things in the music - the electric, rocking stuff and the acoustic, quieter element," affirms Berardo. "We're a bar band; that's where we live - for better or for worse - and whether you have a big rock club or a little pickin' room, we're coming there to play for whoever will listen. It's fun and it keeps us listening to each other. And when they blend together right, that's when I really get excited!" Co-produced by two-time Grammy-nominated country/bluegrass artist Dave Moody (who has worked as a musician, engineer or producer with the likes of Doc Watson, The Dixie Chicks, Marty Stuart, Radney Foster, Chet Atkins, Hank Williams Jr. and Steve Earle) and the DesBerardos' own multi-instrumental string wiz Dick Neal, (who also produced both CB & The DBs debut American Dust in 1997, as well as Pure Faith), Ignoring All The Warning Signs is music for folks who refuse to be bound by useless categories ... Rock, Roots, Pop, Country? Hell Yeah!

CB & The DBS at this venerable Folk / Americana venue