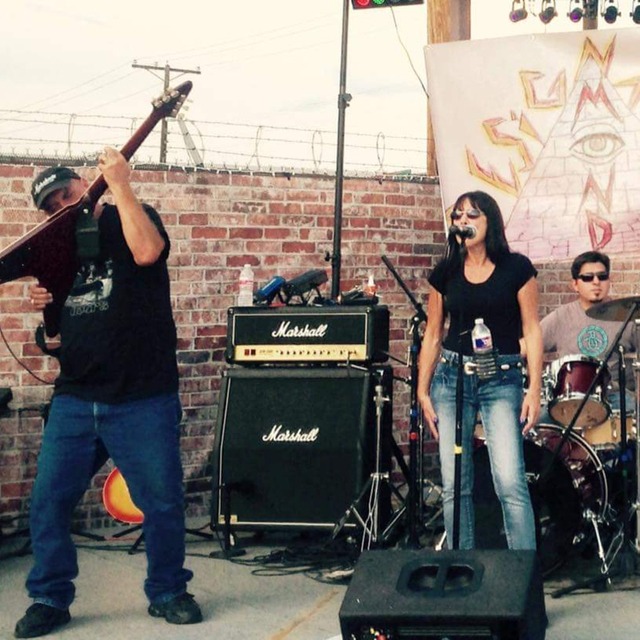 Designated Mind is a four member professional classic rock band from New Mexico. We play original music and covers from the late 60's to present day. Covers include Black Sabbath's Paranoid and Sweet Leaf; Cream's Sunshine of your Love; Alice Cooper's I'm 18; Deep Purple's Smoke on the Water; Jethro Tull's Locomotive Breath; Ten Years After, Godsmack, Nirvana, and many more! We have a lead and rhythm guitarist, a vocalist, a bassist, and a drummer.
My name is Rich and I am a guitarist since 1970. I am from NJ and I've been in many bands and played up and down the east coast. I am married to the lead vocalist, Deb, and she is also from NJ. She has been singing for over 25 years. We became NM residents in 1996.
The bassist, David, is originally from California. He has been playing many years and has been in several classic rock bands. The drummer, Tom, originally from New Hampshire, now resides in Albuquerque, NM and has been in several bands. 575-650-0537