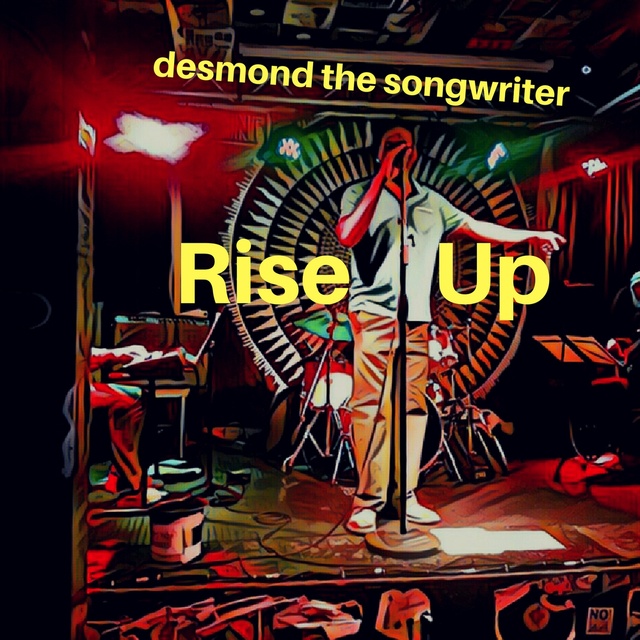 desmond is from the birthplace of reggae and dancehall music, Kingston, Jamaica, and the first thing you will learn upon meeting him is that music is undeniably embedded in his DNA. Little wonder that his kaleidoscope of dazzling accomplishments includes many accolades for his vocal performances, conducting and teaching of music. He also holds a doctorate in music from the University of Southern Mississippi.
desmond's musical journey began at Rollington Town Seventh-day Adventist Church in Kingston. He was taken there by his adoptive parents and exposed to classical and gospel music, immediately embracing both genres and discovering his musical gifts at church. He sang with the youth choir there, eventually becoming youth choir director, church choir director and director of music. Before long, he was enjoying the thrill of going on the road, opening for the Gospel Proclaimers, one of the most popular gospel groups in the 1980s.
desmond attended Kingston College, a prominent all-boys high school in Jamaica with a reputation for an acclaimed music department. While there, he made the most of participating in their world-famous KC Chapel Choir as choir member, soloist and assistant choir master. desmond subsequently enriched some of Jamaica's best choirs with his musical gifts, among them, the Diocesan Festival Choir, National Chorale of Jamaica and Jamaica Vocal Ensemble, for which he was founder and artistic director.
But as multi-talented as desmond is, his musical tentacles extended way beyond choirs. He played lead roles in Jamaica's LTM National Pantomime, acting and singing at the famous Ward Theatre. He also did cabaret performances on Jamaica's North Coast hotel circuit at locations like Club Jamaica and Americana (now the lavish Moon Palace). And, if that wasn't enough, desmond also worked as the first administrator of the performing rights organization, the Jamaica Association of Composers, Authors and Publishers, Ltd (JACAP).
Fast forward to 2020. desmond has been studying and continuing with his work with various choirs throughout New York City and beyond for several years. But now, he has made a bold, new move. desmond is coming to a location near you with a sizzling new single called Rise Up, the first release from his upcoming debut reggae and dancehall music album entitled Happiness Is Priceless. The exciting album features ten tracks, from easy mid-tempo to vibrant upbeat, and is about money or the lack of it, and how those realities affect the choices that one makes in life. To maximize the album's engagement, desmond has enlisted the creative support of some of the best talents in the business - the amazing Dean Fraser (Dennis Brown, Sly & Robbie, Luciano, Tarrus Riley, Duane Stephenson), super talented Courick Clarke (Queen Ifrica, Duane Stephenson, Luciano, Freddie McGregor, Toots Hibbert, Tessanne Chin, Judy Mowatt, Carlene Davis, DJ Nicholas, Grace Thrillers) and hit machine Mikey Bennett (Shabba Ranks, JC Lodge, Brian and Tony Gold, Dennis Brown, Cindy Lauper) with additional support on the New York side from powerhouses Sidney Mills (Steel Pulse, Aswad, Smashing Pumpkins, Frankie Paul, Ziggy Marley, Shinehead, Shabba Ranks, the Neville Brothers, Gwen Guthrie, Toots Hibbert, Sly & Robbie) and James Gately.
"I am excited about my new album which is a sizzling hybrid of roots reggae, dancehall and R & B music. I've been a full-time student for a long time, and I see this album as a release of my musical creativity built up over many years", desmond revealed.
Inspired by Bob Marley, Rebelution, Beres Hammond, Steel Pulse, Jimmy Cliff and Collie Buddz, desmond is hoping that the new set will attract airplay and chart activity as he is ready to jump on the reggae tour circuit. He wants to be a global superstar one day, and his long-term plan includes writing hit songs for other performing stars in the music industry.
For more, go to:
iTunes: s://tinyurl/tanthax
Amazon: s://tinyurl/u2he76a
be: s://tinyurl/vnf8ysc
The Jamaica Gleaner/: s://tinyurl/vjdveoz

Singer/Songwriter
Desmond
in an evening of
Love and Inspiration
feat. “Losers Never Win”

No Cover with this flyer