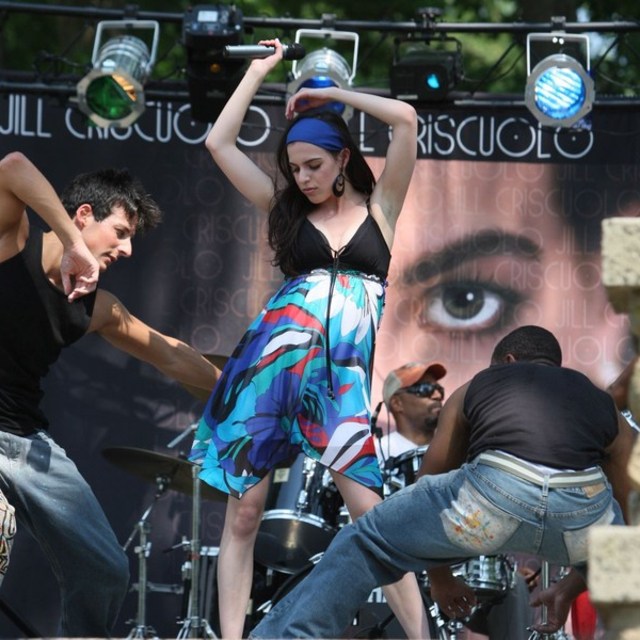 Destined Fate Entertainment is on course to expand the visibility and exposure of recording artist on the rise, singer-songwriter JILL CRISCUOLO.

The current radio promotion campaign is a bridge to our more ambitious major campaign.

This evolving marketing campaign follows JILL’s previous releases, “My Life” and “I’m Sorry”. On secondary Pop stations in many markets, key gains achieved were: #1 most requested, and several top 5 and 10 rankings. Additionally, “I’m Sorry” made a debut at 48*on the R&R Pop Indicator chart. Her first single “My Life” was included in the programming of DMX Music, a premier company that programs music heard in major retail establishments, on airlines, and in other businesses globally.
Dance music stations and clubs have given excellent support to all her songs.

• National music & video outlet Music Choice has programmed the single in medium rotation on their Dance Channel to an audience of millions daily.

JILL CRISCUOLO gained spotlight in the video-world as the recipient of two top awards in 2007 from eaTV (.evolvingartist) for her video “I’m Sorry”. She won in the categories of most requested and longest standing. The video for the new release “Insane”, with an intriguing plot, was conceptualized by JILL and is already on numerous outlets with millions of viewers. Fuse on Demand is among the media giving it mass exposure.

A major PR campaign is being implemented. Already, she has received press visibility online, and in local, regional, and nationally circulated newspapers.
An outdoor billboard advertising campaign is presently in effect to boost awareness.

• Her show performances have been in venues on the East Coast, the Midwest, and the Plains. An International tour is being planned to kick off in the U.K.

• JILL works with production-songwriting network of hit makers comprising of a group of producers, songwriters, musicians, and engineers, who have generated songs for Grammy and American Music award contenders.

As the exciting multi-faceted entertainer comes into her own, we are presently exploring National interests to expand her talents into advertising, television, and movie projects.
More information about her can be found on our company website: .destinedfateent

Screen name:
Destinedfate
Member since:
Sep 05 2008
Active over 1 month ago
Level of commitment:
Touring
Years together:
5
Gigs played:
50 to 100
Tend to practice:
1 time per week
Available to gig:
1 night a week
Age:
56 years

Jill Criscuolo will be performing live at Maplewoodstock 2012 on Saturday July 7th 2012. You want to have a front row seat @ 4:30 pm for a Pop/Dance energetic show not to be missed. Hope to see you there!

With successful radio play on over 350 stations nationally and internationally and a #1 hit video On Demand, V Cast and many other major retail outlets, Jilly is returning to give her loyal fans of Boonton Township a live musical performance.