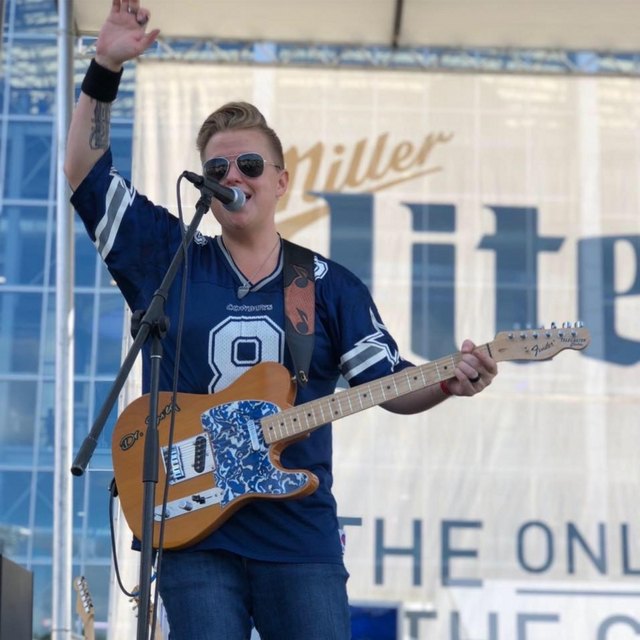 Also known as "Dr. Shred," this guitar chick will melt your faces with her prolific licks and is a force to be reckoned with on stage. Erin has played in a variety of bands of many different genres and opened for and shared festival stages with artists such as Brad Paisley, ZZ Top, Chase Bryant, Sugar Ray, Lee Ann Womack, David Nail, Kellie Pickler, Eli Young Band, Hank Williams Jr. and Whiskey Myers. In 2015, Erin released her solo album, “The Shred Chronicles.” Erin is endorsed by Sinister Guitar Picks, COLDCOCK Whiskey, and Explore Apparel. She was also a 2018 Arkansas Country Music Awards Guitarist of the Year Nominee.

Teles, Strats, all the good stuff