DevonFluette + Musician in South Paris, ME 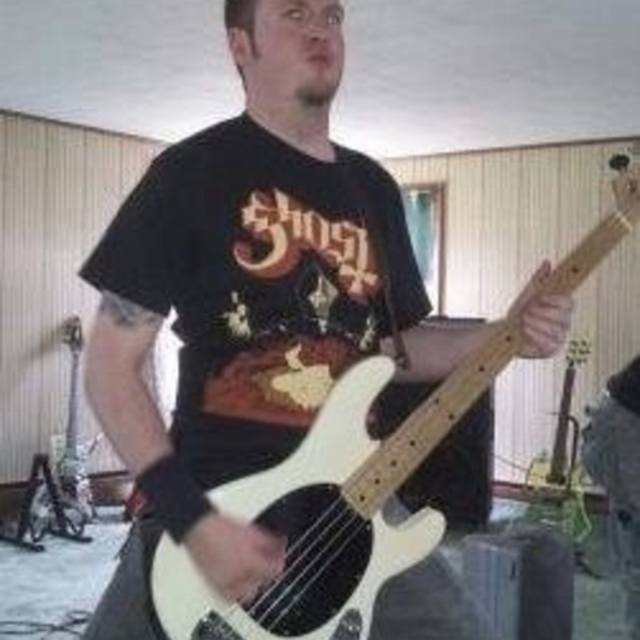 Started playing bass in high school in 2003 or so, never completely gave it up since. Got into heavy music at around that time and just wanted to rip like the thrash gods like Metallica or newer stuff at the time like Disturbed and System of a Down. Around 2005, I joined my first band From Evil. We played a lot of Zakk Wylde and had about 5 solid songs we loved. Played open mics at The Century Lounge in Providence, a couple wicked fun barbecues, and eventually went on to blow the doors off of a high school talent show.. and lost. The band unfortunately dismantled due to members going off to college.

In 2008, I started an eclectic rock project with good friends of mine at the time in West Warwick, RI. Zen Yeti was born. Influenced by Queens of the Stonage, Tool, Marijuana, and not having a great place to practice.. the band was more of a chillzone than a progressing product. With our drummer moving to Texas only wanting to return shortly and make serious records, it was a hard sell. Some very cool music was produced, good jams, but nothing really worth......

I took a year off or so after Zen Yeti and joined a small up and coming progressive metal band from Richmond called Anna Grin. The music was influenced by metal giants Mastodon, Protest The Hero, Between... It was cool, gave an opportunity to play in front of some 50 people at Blaze's Billiards a few times, and meet other up and coming bands who played that circuit. Though, this bands quickly dismantled and I fortunately was able to join another band we played with, Consumed. Straight up metalcore, good material that let us play out and have serious fun with it. Practicing in pay-as-u-go rehearsal space, we were often rushed and not able to get together as much as possible but we played hard and tried to make it work. Played Blaze's twice and at The Ruins in Providence. This band unfortunately didn't work out long but I really wish it had, I think we all wanted something to come out of it. I can't believe I'm writing a full bio.

In 2011 I took a turn, loved playing out and wanted to make panties drop for miles! Meeting a good friend and guitarist through work, I joined up with him and his cousin who had a small band going on and off. These guys were great, influenced by huge acts like Coldplay, Death Cab for Cutie, and The FooChilie's, the music was organic but geared to a larger audience. This was probably the most challenging and technical music I've ever played. We put lots of time into New London Is Burning, and it was incredibly satisfying. Practiced twice a week, never with a full time drummer, but it made me such a better musician. This is where I learned to add fills to my basslines, using new scales and finding ways to make my bass sound bigger. I started out singing a bit of backup with these guys, they both have great voices and taught me a lot from that. Although, it can be hard to keep everybody from ripping each others heads off without a drummer to blame, so this band dismantled slowly. There was always a positive attitude. When it became known that I was to be moving to Maine, NLIB played our first and last acoustic duo set at a bar down the street from our dream space, killing it in front of about 20 of our closest friends.

This brings me to my current band, In The Key Of Suffering. Meeting these fu*ks through craigslist, I have been playing with Percy and Alex for about two months now. Percy is on guitars, Alex is on drums. WE NEED A SINGER. Which once we establish, will be playing out as soon as possible. ITKOS is a solid mixture of thrash and hardcore, think Ashes Of The Wake era. We are really really really pumped about all this and are working hard to get things going. We have contacts, demos, secure practice space, the lot.

Screen name:
DevonFluette
Member since:
May 05 2013
Active over 1 month ago
Years playing music:
10
Gigs played:
10 to 50
Tend to practice:
More than 3 times per week
Available to gig:
1 night a week

Justin Chancellor of TOOL would have to be my biggest overall influence.