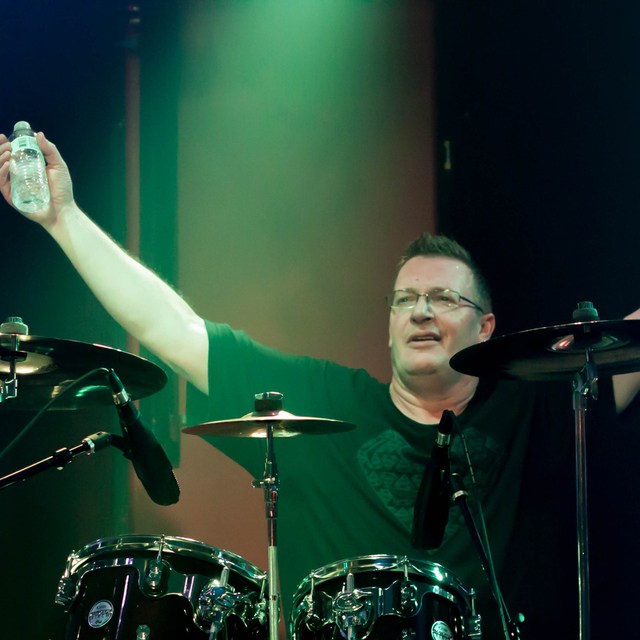 Screen name:
dgdrummer64
Member since:
May 23 2014
Active over 1 month ago
Level of commitment:
Committed
Years playing music:
1
Gigs played:
Over 100
Tend to practice:
2-3 times per week

Hey Bay Area Musicians, Don’t Miss Your Chance To Learn From One Of The Absolute Best In The Business and the driving force behind multi-platinum country megastar Jason Aldean - Top Call Session And Touring Drummer/Producer/Clinician Rich Redmond, Will Be Doing An Exclusive Masterclass Prior To His Sold Out Show At The Shoreline Amphitheater on Saturday September 27th - 12:00 PM
Advanced Tickets: $100.00
Day of the event: $115.00
Spaces Are Limited, So Contact us ASAP For Details and to secure your spot!!!
https://www.facebook.com/events/516964245079714/
Rich Redmond is an influential touring/recording drummer/percussionist based in Nashville, Tennessee and Los Angeles, California. Rich has toured/recorded/performed with: Jason Aldean, Kelly Clarkson, Luke Bryan, Eric Church, Thompson Square and many others. The drumming powerhouse behind Grammy nominated, multi-platinum mega star JASON ALDEAN, Rich has recorded 17 - #1 singles with over 7 million albums sold and over 13 million downloads. He plays sold out shows of 20-60,000 fans nightly in amphitheaters, arenas and stadiums across North America.

Rich has appeared many times on the trail of late night shows such as: The Voice, The Tonight Show with Jay Leno, The Tonight Show with Conan O’Brien, Conan, Jimmy Fallon, The Jimmy Kimmel Show, Craig Ferguson, Good Morning America, The Today Show, The Michael and Kelly Show, Ellen, Austin City Limits, The CMA Awards, The ACM Awards, The CMT Awards, The ACA Awards, numerous GAC and CMT Specials, and of course, The Grammy Awards.

As a member of the production team known as New Voice Entertainment (NV), Rich is constantly developing new talent such as Thompson Square, whose first single “Are you Gonna Kiss Me Or Not”? was a #1 single and the most played song on radio in 2011.