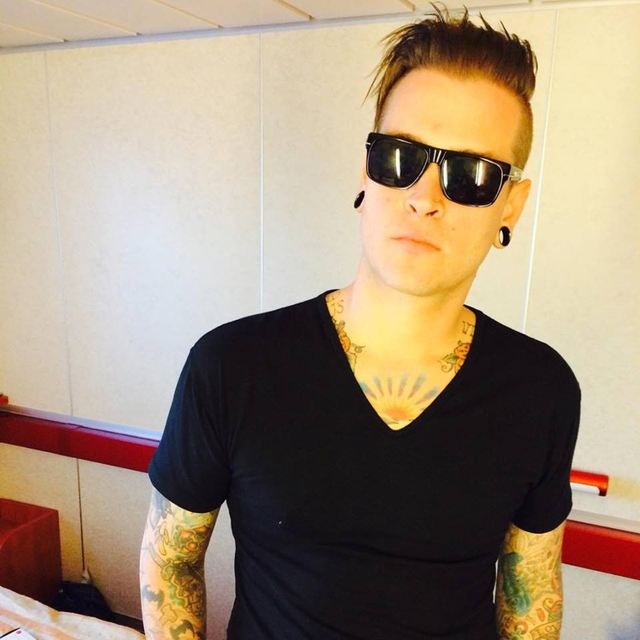 I am Dustin (DickSERIOUS), i have been playing in all kinds of bands growing up from the hardcore scene, to the rock scene, to the electronic and hip hop scene as well. playing bass and drums mainly in bands. i have a solo project called Black Smear, electronic music with instruments(i play everything)
.
Things i have done:
I helped avenged sevenfold get there first show when i played bass for upperhand (members of static lullabye) and still maintain a great relationship with this band. I played drums for The Mistake (members in the band from:18visions, throwdown,Circa Survive, unbroken, and Terror.) I was in beauty school dropouts signed to criterion records at the time (bullets and octane's same label) we then signed with epic before complications. i played drums in the music video "monkey" for poets and porn-stars Featuring Hal Ozsan, Rachael Leigh Cook(shes all that) & Trishelle Cannatella(the real world las vegas). google it or click the link on my profile!!! i played bass for nominated upcoming artist of the year for BET 2012 rap group Enfamus,( i just played bass for there music live) the last band i played with was Black Velvet Brigade. my last show with them over a year ago at the house of blues Anaheim with Red devil squadron.

experience and connections are not the problem, finding real fu*kers to jam with is the problem, hence the fact i have a full album of solo material. Just saying.. NO ONE PERSON IS BETTER THAN ANOTHER. IT ALL DEPENDS ON THE COMMITMENT AND DEDICATION.