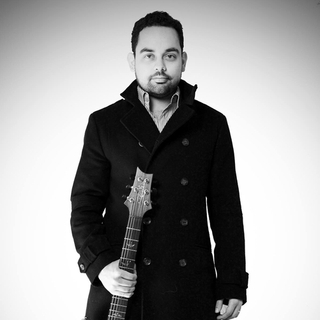 Diego Rio, Brazilian / British, was born in 1981. He started learning to play guitar at 13 years old in Brazil, where he played in classical guitar festivals; in a chorinho groups. In 2001, moved to Portugal in search of new music experiences and there stayed for 2 and a half years. There started his interest in a jazz after playing with local and international musicians. In 2003, Diego moved to London to further his knowledge in music. Since then he has engaged in a series of tours in Europe, also Asia, Africa and South America. In the meantime, he has achieved a 2:1 Honours Degree in Jazz in the Middlesex University of London. To expand his network, from 2013 Diego has lived in Berlin, South France and is currently based in Los Angeles - CA.

Screen name:
Diego Rio
Member since:
May 01 2015
Active over 1 month ago
Level of commitment:
Touring
Years playing music:
15
Gigs played:
Over 100
Tend to practice:
More than 3 times per week
Available to gig:
6-7 nights a week