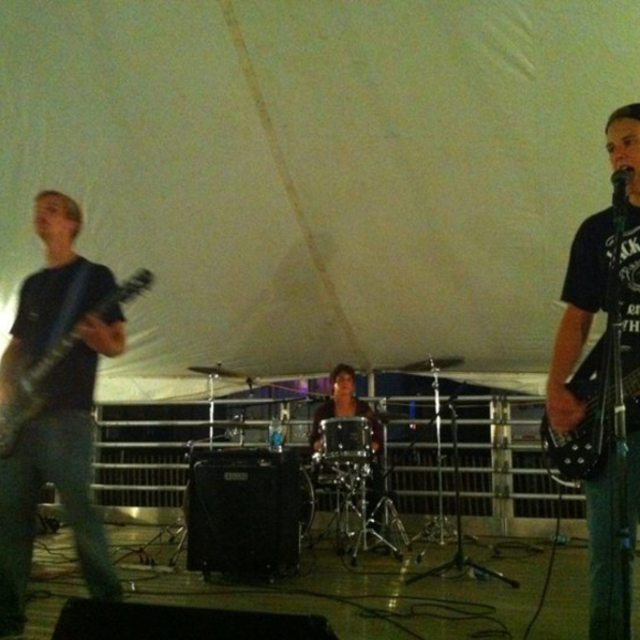 Dillinger was formed in the fall of 2007 under the name Vypur. Originally with Trevor Peck on bass, Galen Keily on Guitar, and Evan Verploegh on Drums. All the guys we're best friends for years and realized that they all had some musical talent and decided they might as well start a band Vypur started out with playing covers of bands such as KISS, Van Halen and other artist prominant in the 80's. A few weeks into excistance they began working on original material. During this time Vypur was constantly in search of a vocalist, after auditioning a couple they came to realize that Trevor Peck actually has a decent voice, and decided that he would be taking over lead vocals. After that matter was settled Vypur was ready to play its first gig, which turned out to be at the Wausau East Variety Show in November of 2008. Vypur performed a cover of Van Halen's Aint Talkin bout Love. Soon after this Vypur played its first multi-song gig at the now closed Rockwater. These shows started to drive Vypur to become a serious band, therefore time for a serious name change.

After a couple weeks in limbo about the new name, Vypur decided on Spectrum after Trevor Peck heard the word in history class during their sophmore year. With a new name meant a change in music, this meant writing more and more songs of their own. This also meant more and more gigs. Finally finding their live stride, Spectrum was quickly gaining confidence,and live experience. Coral lanes became a go-to venue to see a Spectrum show during this time, and crowds were starting to become appreciative of the music coming from the trio. However, some things were starting to change

After starting to get frustrated with not being able to connect with younger crowds Spectrum decided to make another change in the Spring of 2010. Completely ditch the trademark Glam Metal sound, and pick up influences by bands such as Alice in Chains, Pearl Jam, and Pantera. The band also decided on another name change, one that is planned on sticking, Dillinger. After stopping trying to resurrect a dead genre in Hair Metal, Dillinger started to write songs that they could relate to, and their fans could relate to. Songs start coming easier and easier. This is a completly different band then when they started out, declaring Craw-Dad Fest in Wittenburg their first real show. Dillinger unveiled a set of darker, heavier originals and well know classics such as Fortunate Son by CCR and Rockin in the Free world by Neil Young. With the band more committed, and driven than ever, this is just the beginning for Dillinger.

Alice in Chains, Nirvana, Lynyrd Skynyrd, The Who, The Stones, Neil Young