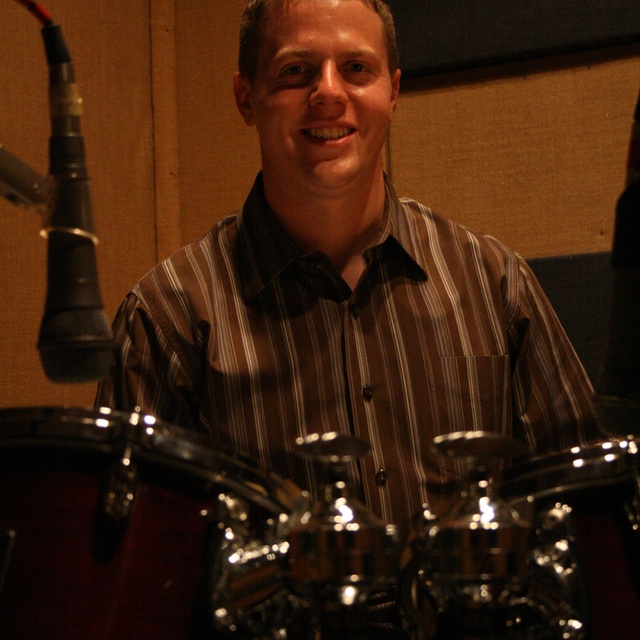 David True started studying drums at the age of 10. He took both drum set and percussion lessons from two different teachers in high school. David marched in marching band and performed with numerous jazz and classical ensembles as well in school. He studied music at DePaul University. He also played with numerous music ensembles while in Chicago.
Since returning to St. Louis, David has been a free lance artist working with various groups.
David also teaches. He has a wife and two kids and although those are his priority, his passion for music is strong and he still plays gigs on a part time basis.
As well as the genres mentioned earlier, David has also performed in numerous Christian church services. He also has an interest in the genres of blues, country, R&B and Pop.

David's biggest influences is the music of Pat Metheny, Led Zeppelin and the Dave Matthews Band.
Although numerous drummers, such as Carter Beauford, John Bonham, Tony Stewart, Antonio Sanchez, Paul Wertico, Danny Gottlieb, Louis Bellson, Horacio "El Negro" Hernandez are the biggest influences for David's playing, the music, artistic creativity and collaboration from the groups mentioned above are the key influences for David's ability to work within many different groups.