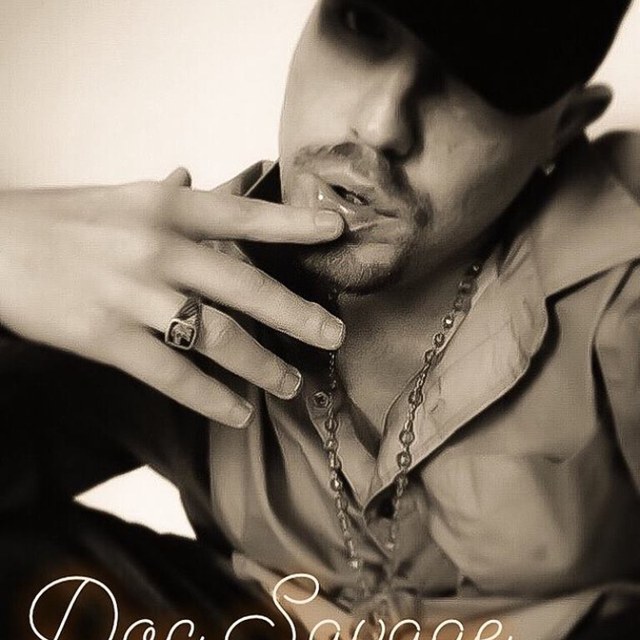 Doc Savage was born in Boston, Massachusetts. Raised in a violent household, Doc Savaged turned to music as an escape from his every day life. He practiced in his room Michael Jackson, Elvis and 2 Pac, and imagined he was them. As years went by they moved to Waterford, Connecticut her home town. Although she was closer to her family in Waterford, his mother became a single mother raising his sister and himself alone. Devastated from years of abuse he knew his mom needed help. So at the age of 12 Doc Savage stepped up to be the man of the house.
Doc Savage soon began hanging around his cousins and half brother after school. Barely in Junior high and Doc Savage was rarely sober. He provided for his mother and sister by running drugs to and from in the neighborhood. His anger caught up with him alone with his hereditary alcoholism and Doc Savage was fighting more and more.
By the age 15 Doc Savage's mom had had enough, and he was kicked out. Living from couch to couch at friends and families houses, Doc Savage finally got a job after school at the local grocery store and settled down for a while. He began writing again, and really thinking about his lyrics.
Although he was still hanging out and now, dealing weed to the local kids his age he felt a pull at his core to do better, and that he was different. He continued to work at the grocery store when ne day his sister, just a year old, came into the grocery store, full of a baby in her stomach and very much showing.
He couldn't believe it, 16 and a be mom.
She reported that mom was not doing good and she was now on a breathing machine at night, she had a condition called sleep apnea. Without the machine she would die.
Doc Savage knew he had to move back home and take care of his sister and mom and live right.
Doc Savage moved home and carried his note pad everywhere. He saved up any money he could and recorded music at a studio in Hartford.
Soon his music was on and he began getting fans, and messages and people started to know more of Doc Savage in Atlanta, and California,.
Soon Doc Savage was signed to a management company that saw he was serious and had a serious sound. He took advice from many in the industry and worked with producers like CECEPrice, Dj Kat, and soon with Mike Mosely, a dream of Docs years in the making. Doc Savage just released his first single from EP Savage: Hollywood Treatment