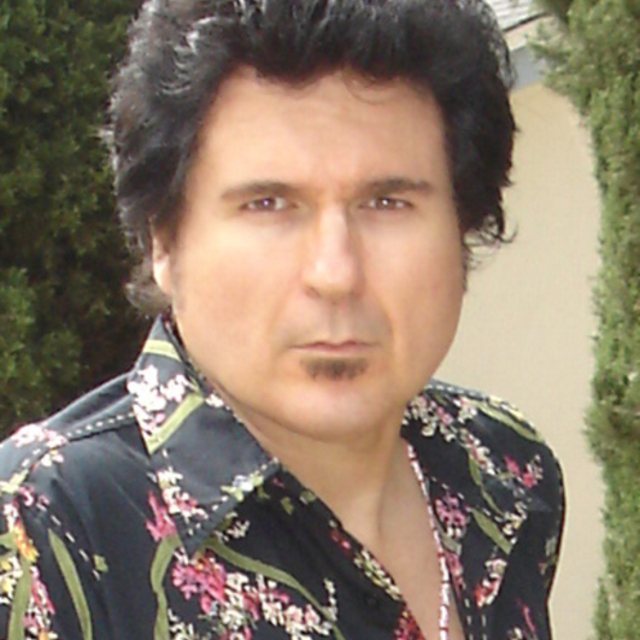 DONALD DEAN
DONALD DEAN grew up in such faraway places as: Oilmont Montana, Japan, Hawaii, and Junction City Kansas. He started performing at an early age throughout the Midwest achieving regional success. His band VELOCITY won “The Best Band of Mid-America” award from KJCK-FM radio station. This was based on originals songs DONALD DEAN had written. Three songs received heavy “drive time” airplay.
In 1985 DONALD DEAN moved to LA, CA and formed his own band ROMBUS. The band consisted of keyboard player JAY ROWE who at the time was producing Rock Videos for the likes of BON JOVI, POISON, KANSAS, ROBBIE ROBERTSON as well as producing feature films TRUTH OR DARE starring MADONNA and the movie JACK RUBY. JAY ROWE is now a Vice President for HBO. Playing bass was RICHARD KLOTZ a Location Manager for TV and feature films such as THE DOORS, TERMANATOR 2, and CAGNEY AND LACEY among many others. The band had several Drummers. ROMBUS played a private Halloween concert in Hollywood in front of many celebrities including TOMMY LEE, HEATHER LOCKLEAR, BOB SEGAR, MICKY RAPHAEL. DONALD DEAN was joined on stage with VINCE NEIL, JIMMY BAIN, GREGG GIURFFRIA, and PHIL SOUSSAN.
DONALD DEAN worked on the “Living on a Prayer” video featuring BON JOVI and can be seen briefly in it. DONALD DEAN also worked in two STRYPER video’s including the song “Free”.
During this time period the song RUNNING FROM THE LAW was recorded and video was shot ://./watch?v=Kj1dYRHyN6c . RUNNING FROM THE LAW has received airplay on the “Mark and Brian Show” on KLOS 95.5 FM in Los Angeles, The OCTOPUS 95.9 - KOCP - FM 95.9 - Camarillo, CA as well as XM radio stations.
ROMBUS performed for the Wrap party after CAGNEYAND LACEY TV series ended, in front of the cast and crew at the exclusive club STOCK EXCHANGE in LA and the wrap party for the miniseries MY FAVORITE SON in Hollywood.
In 1989 NIGHTSHIFT was formed. This is the band DONALD DEAN wrote and performed songs from his first solo album “NIGHTSHIFT” ://origin.cdbaby/cd/donalddean. The ROXY ://./watch?v=oAojIMiC8kw, WHISKEY, VENTURA COUNTY FAIR, were some of the places the band performed. In 1992 NIGHTSHIFT appeared twice on the local TV show LIVEWIRE. The highlight of all the concerts was “KEG RAGE 90”, held in Anaheim in which NIGHTSHIFT and friends promoted. 2,500 people paid to see NIGHTSHIFT headline this concert.
THE DONALD DEAN BAND was formed in 1994 performing with some of the world’s greatest including PRESCOT NILES, BERTON AVERRE, & BRUCE GARY from THE KNACK, PHIL WOLFE & STET HOLLAND from W.A.S.P. as well as the best musicians in Southern California. THE DONALD DEAN BAND performed every Saturday night at the historic SPORTSMAN’S LODGE in Studio City, CA from 2003 thru December 28th 2008 when it closed for renovation. All songs from DONALD DEAN’S first solo album “NIGHTSHIFT” are available on I Tunes, as well many online sites. A used copy of the CD DONALD DEAN NIGHTHIFT has been on sale for over a $100 on EBay and is considered a classic in Europe and Japan. DONALD DEAN NIGHTHIFT CD is one of the all-time best sellers in the Melodic Rock genre in CD BABY’S history.
In 2012 THE DONALD DEAN BAND performed with Mick Fleetwood and Brett Tuggle a private party in Fountain Valley, CA.
THE DONALD DEAN BAND is currently performing in venues throughout Southern California.

All Great Singers and guitarists and songwriters.