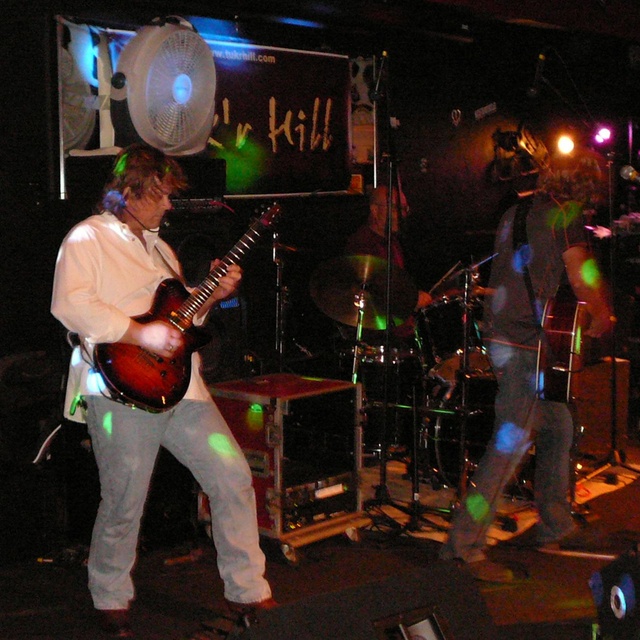 About Me:
I have been playing guitar since I was nine years old. I've played all over the North America, and in the 1990's, performed often in Europe, entertaining European audiences, as well as US Military Service Members. I am a member of ASCAP.

I am published on an album that is available on Amazon and iTunes, among other outlets. It's called "Made in the USA", and the band is called "Tuk'r Hill." I wrote the title track, "Made in the USA" (It is not the type of music I am hoping to do, though - I want to do something in the art-rock/prog-rock genre. It's only here to show my lead guitar playing and harmony vocals.)

I like touring, and I am ready and willing to again, if I find a bunch of guys that want the same thing. I have a valid passport, so international travel is no problem.

I sing backup, have good pitch, a good ear, and can harmonize very well. I also have a good grasp of music theory, which helps a lot with composing and arranging original music.

I can get around pretty well on keyboards, too, but usually prefer to use a Roland guitar synth for that kind of stuff.

I'd love to find a band that sounds like early Genesis (1969 - 1975) when Peter Gabriel and Steve Hackett were in the band. If you're familiar with Anthony Phillips, you will probably hear that influence in the short acoustic snippets of music I've posted here.

Another possibility I'd seriously consider joining, or forming, would be an operatic, symphonic band like Queensryche. There is a band in Tampa, called "Amaris." They are similar to Evanescence. I really like their sound, too.

I've been in jazz bands, hard rock bands, heavy metal bands, country bands, R&B bands, Americana bands. What I have always wanted to do, though, was be in a progressive band with members that live for the music, and who understand the sacredness of really well-written, well-played music.

On the Symphonic Rock Side:
- Queensryche
- Amaris
- Evanescence

I can get interested in almost anything that is artfully composed and performed within the prog rock, or symphonic rock realm.

I am also interested in ethnic Hebrew music (NOT Messianic or Christian music, sorry.)

I love listening to George Lynch, Warrant, Skid Row, Dio, etc., but I am probably not going to be too interested in playing that kind of stuff anymore, unless it's a project that is going to tour with label support.