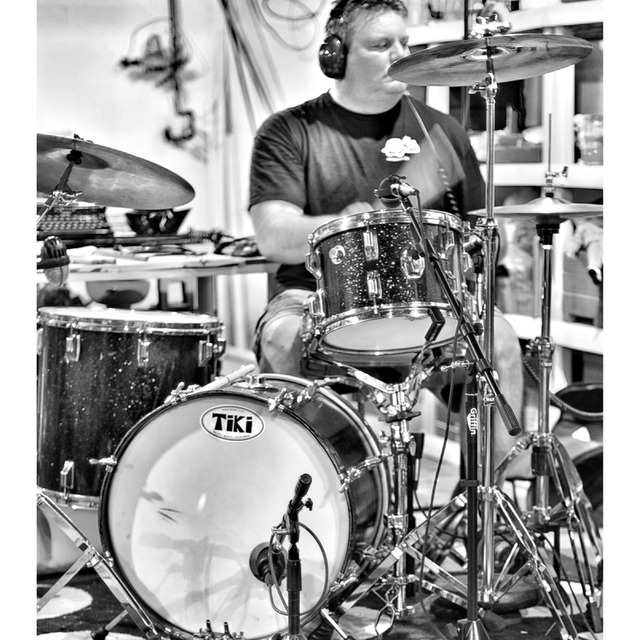 Don Montgomery was most recently the drummer for Philadelphia area band The National Bird from 2010 to 2014. Having moved to Cape Cod in 2015, Don is seeking musicians to form a new blues band to play British Blues covers and like-sounding originals.

Don has been performing publicly since 1977, when he debuted with the Electric Epileptic Band. In 1978, Don formed the legendary rock band Equinox with Stan Matthews (currently performing in the Worcester MA area) and Tim Gillis (The Steamies, Idaho Alaska, Frigate, Scattershot). Equinox's reign as the northeast's greatest rock band ended in 1982, but their legendary live performances are still talked about today by anyone who experienced them.

After a stint with a mullet and sleeveless shirts in the mid-80s band, The Nates, Don rose to fame again as the rapid-fire beat behind Boston's neo-punk godfathers, The Steamies, from 1986-1989.

After an exile imposed by his miserable (now ex) wife through the 1990s, Don ditched the wife (who has subsequently been convicted of hate crimes, war crimes, torture, and terrorism), got the drums out of storage, moved to San Diego and began to sit in with the incredible array of musicians playing at Pacific Beach's legendary Tiki House on Garnet Ave. Scottie Blinn (Mississippi Mudsharks, Black Market III), Tim Malley (Tim & the 23s), The Nards, Peter Kenvin (The Voices), Greg Willis (Iron Butterfly), and many others.

Upon moving to the Philadelphia area in 2009, Don continued to sit in at many local venues and open mikes, before joining The National Bird in 2010. The National Bird was a guitar-oriented rock band playing primarily originals, mixed with crowd-favorite covers that complemented the band's sound. Known as "the loudest band in the area," The National Bird built a fan base in and outside of Philadelphia, playing such top venues as Fergie's Pub and The North Star.

Don moved to Cape Cod with his wife and manager, Denise, in 2015.

Don is also a terrible guitarist, bass player, and keyboard player, but he plays them anyway because, hey, it's only rock and roll. Don has had a nationwide ban on having microphones anywhere near him since 1978 due to his astonishing lack of vocal ability.