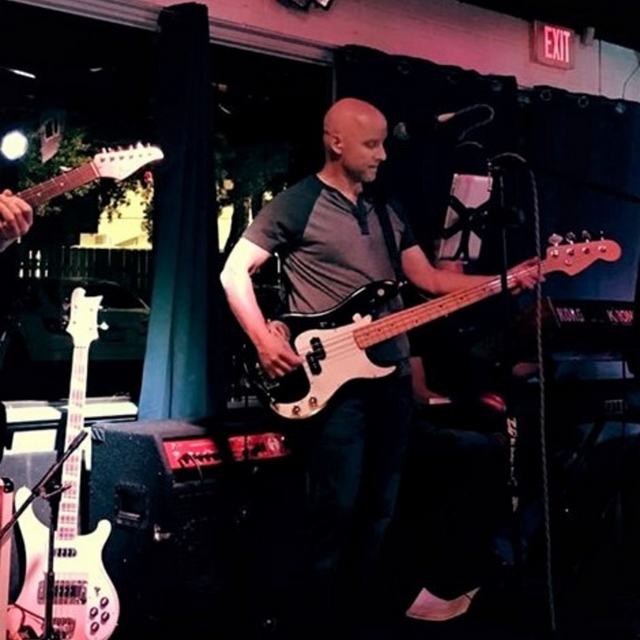 I'm a classically self-trained bassist who started as a horn player but switched to guitar in high school jazz band. After seeing a double feature of "The Song Remains the Same" and "The Kids are Alright" I switched immediately to bass and never looked back.
I Now play all forms of rock, some bluegrass and jazz. I've been playing around ATL since the mid 90's in various cover and bar bands including the Commitaphobics and The Fiasco. I'm looking to work with a crew on originals and/or modern/alt rock covers.

In no particular order: Beatles, The Police, Peter Gabriel, Led Zeppelin, Yes, Bela Fleck and The Flecktones, Chili Peppers, James Jamerson, Duck Dunn and most 80's & 90's bands that had a grooving vibe, like the Foos .
I think pop music had a lull for a while but its coming back with The Killers, Bruno Mars, Gaslight Anthem, Fitz and the Tantrums, etc.