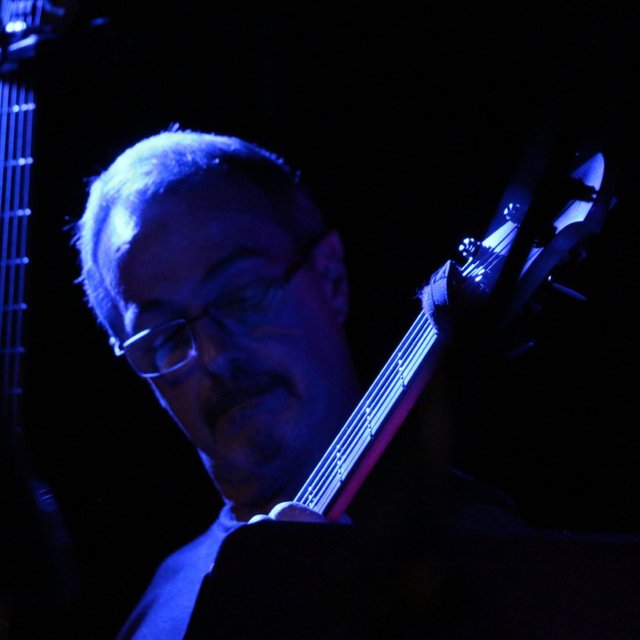 I have been playing bass guitar for about 50 years and have worked in a variety of band formats, ranging from small combos to big bands. I also have played trombone and various brass instruments for many years, but I'm a bit "rusty" on those horns. I've played jazz, soul/funk/R&B, big band swing, blues and some folk music over the years, and had the pleasure of playing bass in the opening act for Rick James and the Stone City Band in the 1970s.

I currently play in a 5-piece cover band called "Replay" (formerly known as “Shadow Vision”) that originally focused mainly on early “British Invasion” music (Beatles, very early Rolling Stones, Van Morrison when he was still with Them, etc.) plus such artists as The Clash, Golden Earring, Bad Company, Creedence Clearwater Revival, Joe Walsh, etc.). We have recently spread-out into music of the 1980s and even 1990s and early 21st Century, plus a bit of country rock, roots, and rockabilly music.

In addition, I played from 2018 - 2020 with a 5-piece guitar and harmonica-centric blues band, “Empty Belly Blues” in the Philadelphia area.

During the summer of 2019, I played bass and sang harmony and backing vocals with Nashville recording artist, Warren Montgomery and his band "Derailed". In addition to the original country/rockabilly tunes that Warren wrote, we played a broad range of country music, from classic country and rockabilly music to modern country tunes by such artists as Kenny Chesney, Jason Aldean, Travis Tritt, Dwight Yoakum, etc.

Several 4 and 5-string basses, including custom-built fretted and fretless Muckelroy, Sadowsky, and Valenti models + a couple of Fender and non-Fender P-Basses. For amplification, my main rigs consist of a pair of Mesa Boogie amps (WD800 800-watt hybrid tube/solid-state) and a 300-watt Mesa-Boogie Walkabout Scout hybrid tube/solid-state combo featuring a 1x12 speaker cabinet. In addition, I have several other pro-quality amps by Peavey, Handbox, and Phil Jones Bass, ranging in power from 400 to 1,000 watts. I play these amps through a 2x12" Barefaced Audio Big Twin II cabinet or a pair of Phil Jones C4 compact cabinets. I own a wide variety of effects pedals, for use as needed, but I rarely find the need to use them.