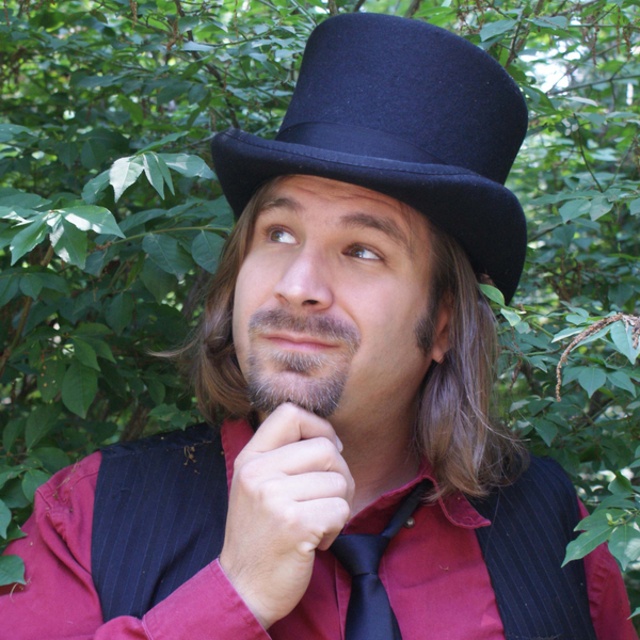 for more info, and to listen to my songs: .dougpetersonmusic

Doug Peterson approaches his music with irreverence and a sense of soul felt sentimentality. His sound has been likened to Cat Stevens, Billy Corgan, and Weird Al playing for a Victorian tea party after the wine has arrived. Performing a set, he can move seamlessly from a folk ballad, to a melodic hard rock anthem, into a quirky geeky love song, all the while engaging his audience with anecdotes and personal stories. An evening with Doug is more than a concert; it’s a mad fantastical journey.

After getting his degree in music composition over a decade ago, a chance meeting drew Doug into the world of Celtic music. Though he plays many genres, Celtic and traditional folk remain among his greatest influences. His stage performances are exuberant and theatrical, a quality he owes to his years of experience playing at renaissance fairs.

Doug's influences include Classical and traditional Celtic music, as well as modern artists such as Glen Hansard, Billy Joel, Frank Zappa, and Weird Al, and bands like They Might Be Giants, The Beatles, Led Zeppelin, and Smashing Pumpkins.

Doug recently performed for the City of Holland’s Groovewalk, and for the Montrose Blueberry Festival. He has sung the National Anthem for a Grand Raggidy Roller Girls Bout in Grand Rapids, and is a monthly entertainer at the Jumpin’ Java coffee house in Grand Haven, Michigan. Doug can often be found street performing for the Art Hop, and other downtown Kalamazoo based events.

Having completed two albums: one of his Celtic songs, and another of his modern compositions, Doug has also performed on three other albums with the Celtic band, Laurie’s Fault, and has been featured on the internationally distributed compilation, “Celtic Dreams”. He is currently putting together a backup band, and will be recording his next album this winter.