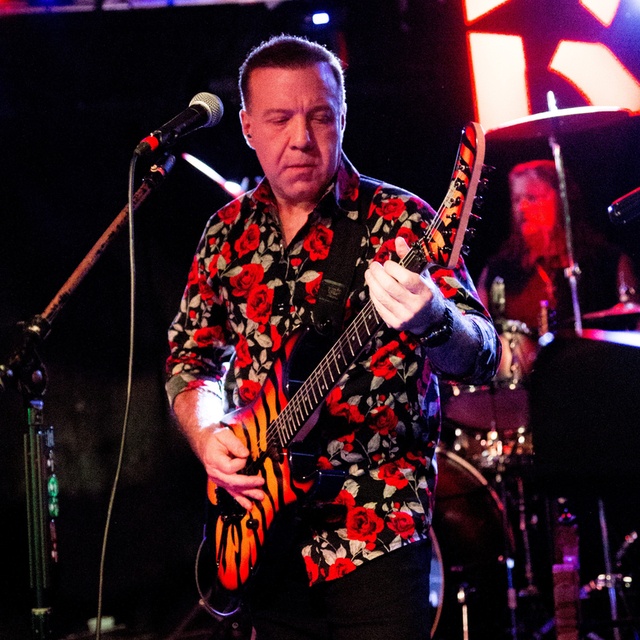 I am a licensed clinical psychologist in private practice during the day. Presently I am in a cover project called "KnockOff" that focuses on the 80's, with some late 70's and early 90's. We are looking for a Male vocalist to Co-Front and sing back-up vox. All of us are seasoned musicians. KnockOff consists of of a Female Lead Vocalist, 2 Guitarists, Bassist, Keyboardist, and Drummer.. This is a very serious project with aspirations of playing top venues and casinos. In addition to having fun, our goal is to make MONEY.

The tunes below are some of my originals that showcase my rhythm playing. They are not the type of songs that will be learned for the cover project.

I own all professional equipment such as ESP George Lynch Signature models and Mr. Scary guitars (guitars made by George Lynch himself). Randall, Marshall, & Blackstar amplification. BOSS effects.

All of the Originals below are COPYRIGHT PROTECTED to preserve intellectual property.