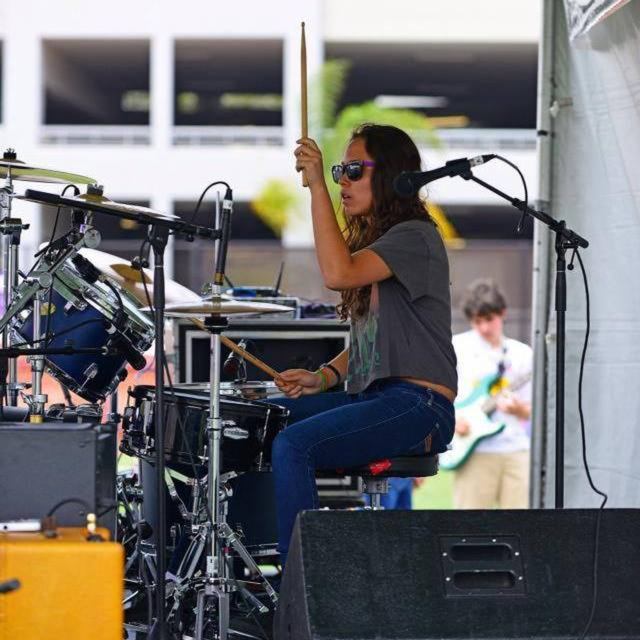 Hey! My name is Drama and I'm a 25 year old professional drummer from Los Angeles California. I graduated from Musician's Institute in 2016 where I received a degree in drum performance, currently teach drums at School of Rock, endorsed by Soultone Cymbals (Steven Adler/Nick Menza), recorded at Capitol Records, and have played drums for rock and roll hall of famer Jackson Browne. I also have tons of live experience and have played at venues including The Troubadour, Whiskey, etc.

I am currently looking for musicians to form a band with in either the indie or alternative/hard rock genre. Some bands that I'm really into are The Strokes, Killers, TDCC, Foals, Phoenix, Foo Fighters, RATM, RHCP, KOL, and Marmozets.

Outside of drumming I also write my own music and currently looking to put a band together for my solo material which is in more of an R&B/Funk lane. To give you an idea of my style I'm really into artists like Amy Winehouse, Anderson Paak, Tom Misch, Mac Ayres, Franc Moody, etc. I can send you some of my music upon request. I currently only have one official song out on SC called 24 (search Drama Wyatt 24) but have tons of unreleased songs in the vault and would like to start playing out soon. One of my unreleased tracks was engineered by Billie Eilish's engineer and I'm currently in talks with management.

The bands above as well as Coldplay, Royal Blood, QOTSA, Wolf Alice, and Smashing Pumpkins.