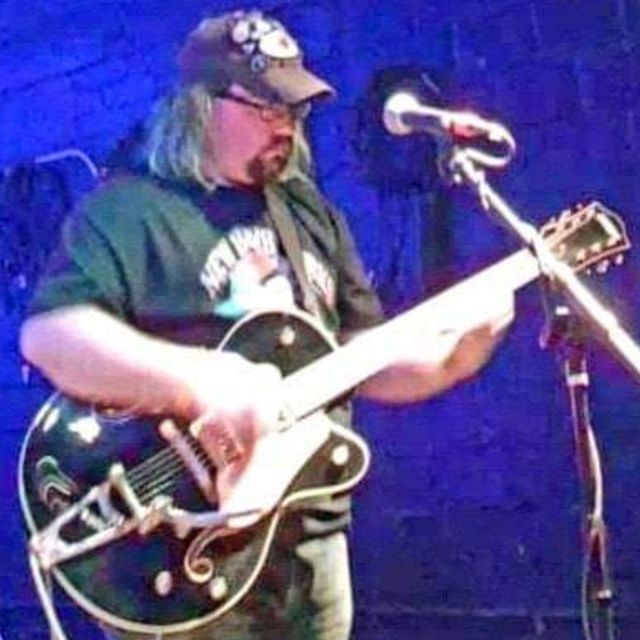 Just left a project a few weeks ago, looking for something that fits me better.

I'm better on drums and percussion than anything else, but I don't own a drum set. If you have one that needs someone to play it, I'm your guy.

For the songs I uploaded here, I'm on lead guitar and backing vocals on the song "Over The Edge" (panned left), drums on "Whiskey and Weed," and everything (acoustic 6-string guitar, 4-string cigar box guitar, bass, vocals, and mandolin) on "Fight On."

Also down for guitar and some vocals. Maybe bass, a little mandolin. I just want to play. I like pretty much any style of music except religious. Originals are good, covers are fine, not too heavily into tribute acts (though I could go for Izzy in a GNR tribute, or any non-Rivers Weezer member).

I was raised in Cleveland to Michigan-native parents, so the rock music of the Great Lakes from the 1960s to 2000s is huge for me. The roots of American punk rock really came out of the garage bands from this area: MC5, the electric eels, Rocket From the Tombs, Pere Ubu, Dead Boys, The Outsiders, ? and the Mysterions, The McCoys, Tommy James and the Shondells, Ides of March... and more recently, Devo, The Pretenders, The White Stripes, The Black Keys, New Bomb Turks, and plenty more I'm forgetting. So take all that Great Lakes sound, toss in a little Boston punk and hardcore from my college years, and sprinkle on the amalgamation of what you find in Texas, plus stuff from my ancestry (mostly Finnish, Sami, and Irish), and a dash of classical and you get and idea of what goes into my musical tastes.