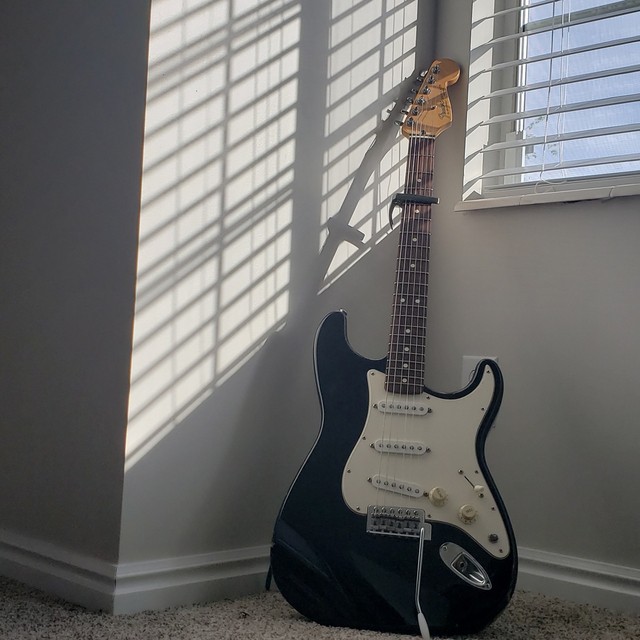 I'm actually 17 turning 18 in February next year. I was the frontman for multiple bands from 6th grade to 10th grade. I only stopped playing in bands because I moved here from Australia. I only like playing original music but am okay with playing a few covers if needed.
I also have about two notebooks full of lyrics that I wrote and have a couple of songs that I've been playing at open mic nights around slc. I have met a drummer already through an open mic night who was interested in starting a band and playing together.
My email address is sebocarter if you want to contact me

I also listen to a bunch of music like hip-hop/rap, industrial, trip-hop, electronic, no-wave and bands/artists like deathgrips, jpegmafia and massive attack that are totally different to the music I make and I'd love to experiment with some of that sh*t.

I have a les Paul, an SG, a Mexican stratocaster and a electric acoustic cort travel guitar. I also have a Boss katana amp. three mics, a macbook, decent studio speakers, a Yamaha keyboard and a looper pedal.