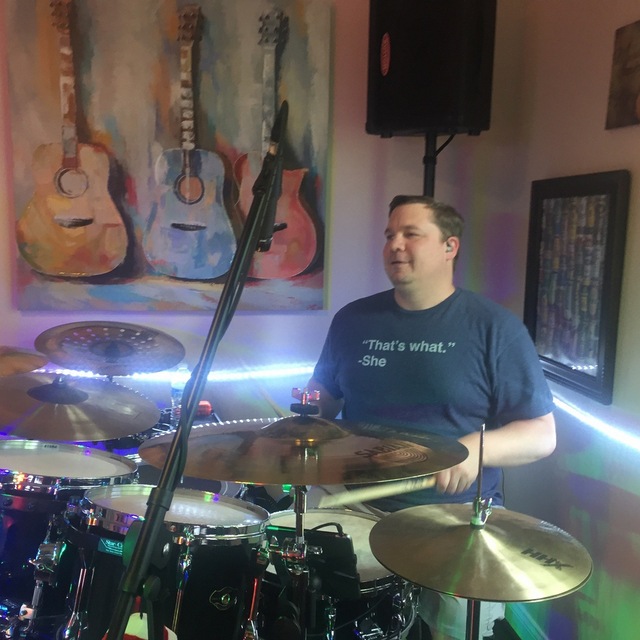 I am a versatile drummer covering a wide spectrum of styles with classic rock influences but training in jazz, latin, and other styles. I can cover classic rock, country, southern rock, Americana/folk, blues, or R&B. Or I can set the pocket with some nasty funk or modern pop and dance music. Impeccable sense of time with a very strong ear and feel for playing with other musicians whether live or in the studio. I operate as a professional, always prepared.

Very versatile setup and can scale up or down depending on need from the following configurations:

Cymbals - Covering multiple genres/styles, I have between 30 and 40 cymbals to create versatility and bring multiple textural options. Typically I gig with 4 or 5 cymbals but can flex up if needed.