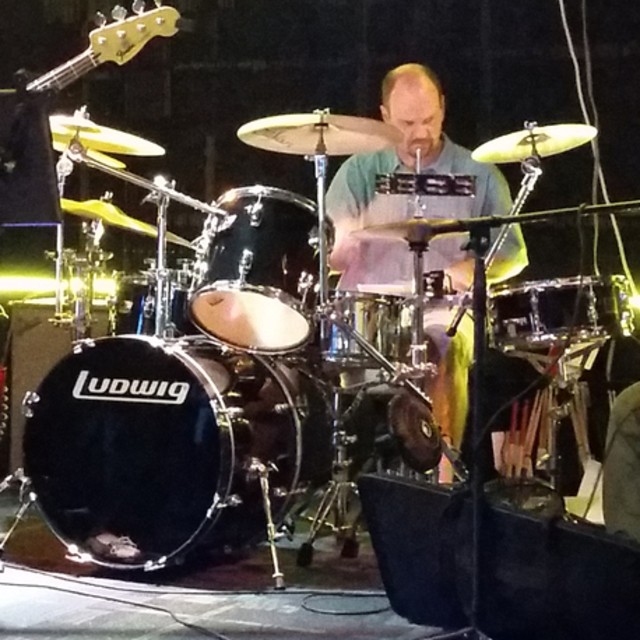 Mid-2021 Update: Earlier this year I started drumming with The Stereo Types (thestereotypesband dot com), playing roots and blues influenced rock originals and covers, so that leaves little time for other musical ventures. As schedule allows, I am still interested in fill-in or short term music projects, recording, or jams in the near future.

Wide, varied, and have evolved into the list above that I listen to most these days, with an occasional honky tonk, Texas blues, jam band, or reggae mix thrown in.

Played in multiple blues-rock/blues/funk cover bands since college and alternative/progressive rock bands before that, along with traditional jazz, with influences from those and other genres.

Large old set of Ludwigs, small set of compact Tamas, Zildjian cymbals for both, Shure microphones, small Behringer mixers, Roland Cube monitors, Latin and hand percussion, cases, and a vehicle to get me there... I prefer a compact setup that fits better in a venue and is easier to transport.