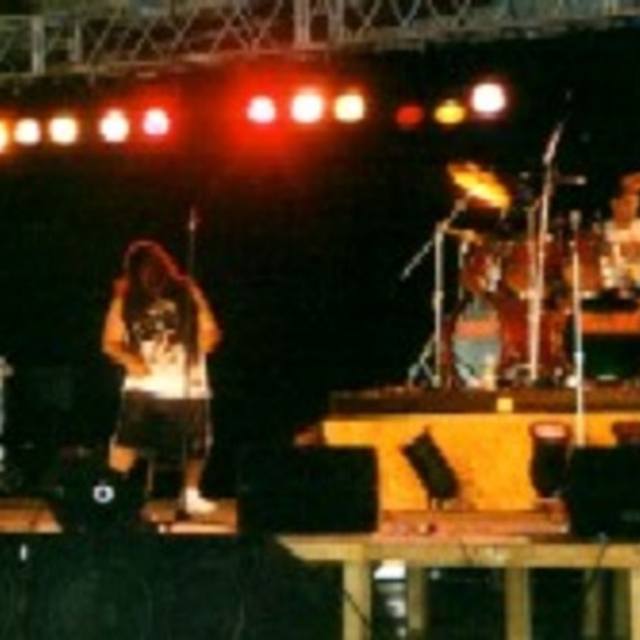 I am 46 yrs old, I have been playing drums for over 25 yrs now. I spent sometime down at the Atlanta Music Institute. The music styles that really move me would be more of the progressive metal material. Along with that for the past few years or so I have been venturing into the more aggressive metal. That is a style that has always amazed me at the double bass speed that these death metal drummers are playing today. I believe with that style along with a love for jazz music really rounds me out as a drummer/musician. PLEASE NOTE!! The 3 songs listed were from a band I used to play with sometime ago. Not current with the guys in Picture. Really would enjoy being part of a Chrisian progressive/metal type band.

For over 25 yrs now, I have been a sold out Christian and walking with the Lord. I have been in prayer for sometime now that He might lead me to that right project to be part of. I really dont want to start all over with a band. My ideal setting would be to find a vehicle already moving and just plug into the formula. My hearts desire is to use the talent He has giving to me to play for the Lord and preach the gospel through the gift of music. 317-809-5639 or topflite1964 Look me up on Jody Torpy

In the beginning I was influenced by Robert Sweet of Stryper. Later, I was introduced to Dream Theater which I would have to say Mike Portnoys approach to the drum kit has opened up a whole new world to me on the drums and has become my biggest influence in my playing today. I have also been influenced by Scott Rockenfield from Queensryche, George Kollis from Nile and others not to mention. That pretty much sums it up. Email me topflite1964 dot com

9pc Tama Artstar custom double bass drum set with solid maple shells. The cymbals I use are Zildjian. I also like to you an occasional wood block or cow bell to color the music. I also have a Tama Starclassic 7pc doublebass and still today my original Pearl 9pc double bass which was my very first drum kit.