drummerdude14j + Musician in Evansville, IN 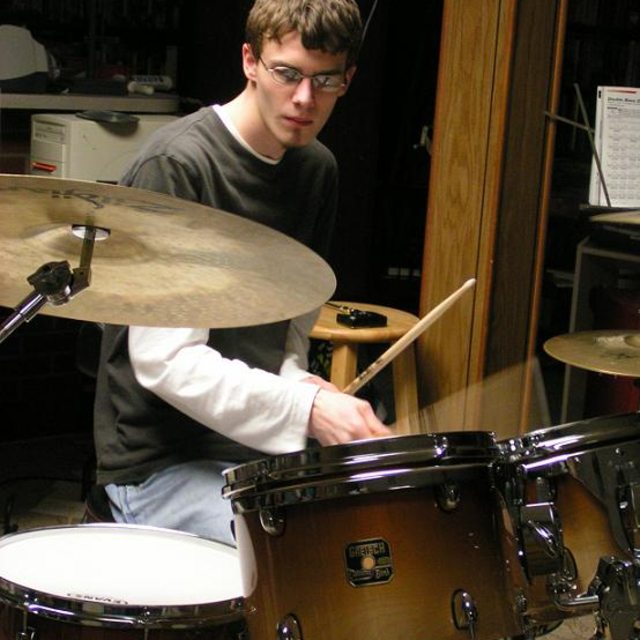 Iâ€™m a drummer whoâ€™s been playing since I was 11. I began playing in concert band, but I found my true love was playing drum set. Iâ€™ve learned to play a wide variety of music. My most comfort able style is straight up rock, but I can play metal, country, pop, R&B, and punk. Iâ€™ve studied Latin, jazz, Indian, and funk, but Iâ€™d be lying if I claimed to be able to play any of those styles comfortably. Iâ€™ve played in many different setting with a large variety of musicians, Iâ€™ve played in an experimental band acoustic band and I play regularly for my church. Iâ€™ve also recorded drums for several indy albums. Other experiences of mine include drumming for orchestras, swing bands, marching band, concert bands and various one time cover bands.

Iâ€™m basically a quiet guy who loves and respects music. I have a very open mind about playing different styles of music and I respect anyone who tries to play music. I understand music theory but I also play a lot by ear.

This list is huge so I'll only list a few.
Dave Weckl, Bill Stuart, John Scofield, John Coltrane, Mike Portnoy & the rest of Dream Theater, Tool, A Perfect Circle, Rayn Humprey, Atryu, As I Lay Dying, Bob Dylan, System of a Down, Cream, The Who, Dave Matthews and so many more.