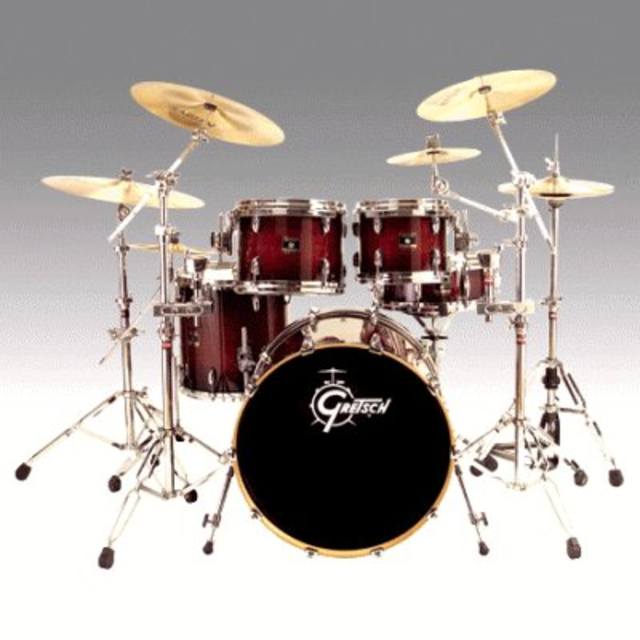 Biography
Bio: Rick Ferrusi: Drummer, musician, producer and founding member of D.O.A. (Dead On Arrival)® the heavy metal band from N.Y. The group issued Alive and Kickin' on the independent Polo label in 1996. A personal and up close look of the hard rock / heavy metal drummer Rick Ferrusi. In a career that has spanned more than a quarter of a century Rick Ferrusi has established himself as one of the great rock and roll drummers of his time. But to call Rick merely a drummer does not do justice to the depth of his musical talents and knowledge. The founder of the legendary rock band Dead on Arrival is not just a musician. He is a master composer in the rock genre unlike any other. All one needs to do is listen to The Mage's Rage, the 32-minute instrumental on the Rest in Peace album, to hear Ferrusi's talents as a composer.The song was recorded live in the studio with Ferrusi playing drums and conducting at the same time. The music splashes across the senses at times like a brilliant watercolor and at times like a Dali or Picasso painting that storms the synapses and alters the way we see the world around us. In The Mage's Rage we hear Ferrusi's talent unleashed. The 32-minute trip has distinct movements like a piece of classical music, but with all the fire and mind-bending glory of the psychedelic era. At the core, Rick Ferrusi is a wizard of communication. Whether voicing his opinions on a variety of subjects, making his drums banter non-stop during a concert or playing mood music on a keyboard, Rick is always communicating. Yes, Rick Ferrusi plays the keyboard. It's one of his best-kept secrets. I happened to wander into his house one day and heard this incredible, bluesy piano playing. When I entered the room there was Rick jabbing at the keyboard. The music took me away to a smoky bar in St. Louis or Chicago circa 1930. Then he switched gears and played the eerie strains that can be heard on several Dead on Arrival songs, most notably The Mage Speaks. Then he segued into the manic Farfisa-organ sound similar to that in his classic song Rest In Peace. Rick's keyboard playing that day is symbolic of his music in that it is capable of altering the listener's mood and transporting him into a separate reality, one of the many realities on the bright landscape that is Rick Ferrusi's mind. In the words of Rick himself from the song Alive and Kickin', Let the sound take you away. Rick does this again and again on the albums Alive and Kickin' and Rest in Peace. It is a journey well worth taking. The music has an air of familiarity, but at the same time poses a challenge to the listener, a challenge to jump on board and experience the colors the sound brings out. This goes along with Rick's personality. On stage he is larger than life, The Mage come to proclaim a new way of viewing and ultimately living in the world. Off stage he sometimes comes off as an average guy having a cup of coffee with you discussing the state of the world. But he always throws a zinger into the conversation, which makes you think. It's like that with his songwriting as well. He writes about everything from cruising in a new car to explorations of the mass psyche. As a drummer, Rick is second to none. A listen to the solos on both The Mage's Rage and Rest in Peace will confirm this. He is a banger in the tradition of John Bonham and Keith Moon. But Rick goes beyond the loud playing to explore the depths of softness. He once said, I can play so soft you can hear a pin drop. It's all part of making the skins talk in riddles and then answering them with clarity unknown to other drummers of his era. This writing gives an indication of what Rick Ferrusi is all about, but it's only a small sampling of the man. Every time you think you have him pegged, you discover another level of depth previously unrevealed. Rick is an endless ocean with infinite rainbows reflected on its surface. No matter how far down you go, you never touch bottom. And no matter how high up you go, there's always color. [Written By, Skip Leon].